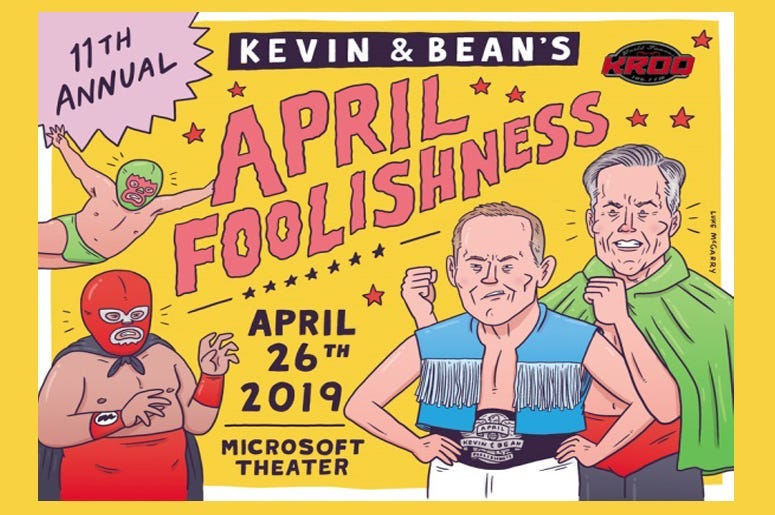 For the second year in a row, Kevin & Bean's April Foolishness will take place at the Microsoft Theater in Downtown Los Angeles! 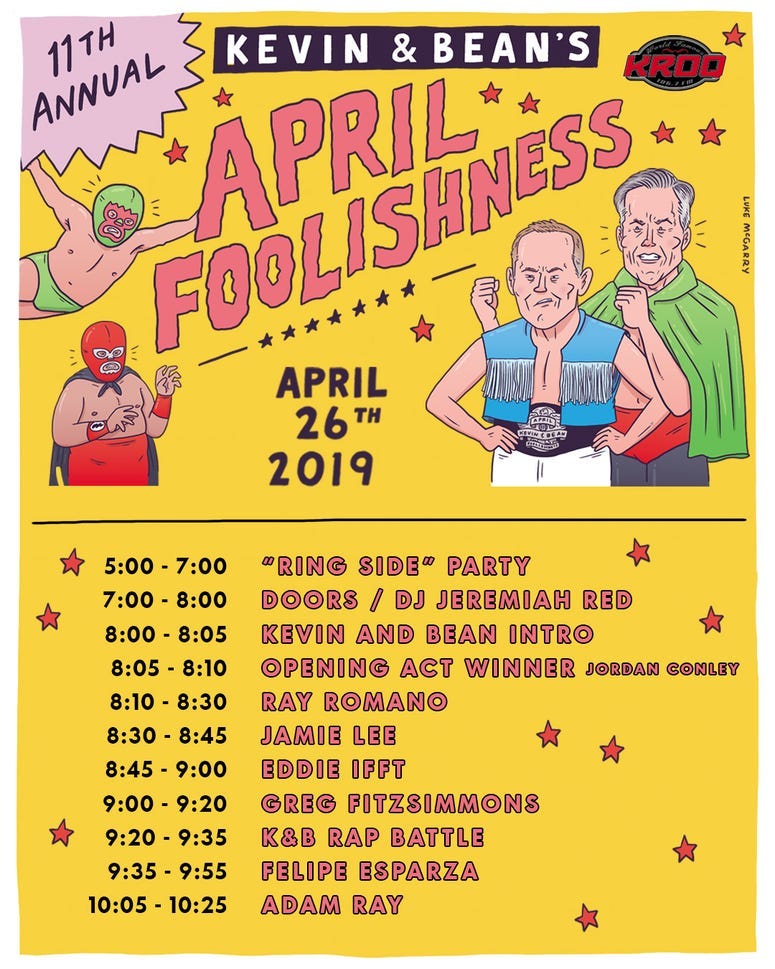 Since the show’s inception, April Foolishness has raised over one million dollars for its charities!

The Intrepid Fallen Heroes Fund serves United States military personnel suffering the effects of a Traumatic Brain Injury (TBI). Supporting these heroes helps repay the debt all Americans owe them for the sacrifices they have made.

Kevin & Bean's April Foolishness is brought to you by Bud Light. Bud Light... Find Out What’s in Your Beer