After Stryker and Klein worked their magic to get DJ Snoopadelic (aka Snoop Dogg) to agree to perform at KROQ Weenie Roast 2019, The Kevin & Bean Show started their own petition to get Limp Bizkit added to the lineup as well. Through a bit of "social harassment," Kevin & Bean launched a #BizkitForWeenie campaign that just couldn't be ignored, even by the band's frontman Fred Durst.

On Friday morning, Kevin & Bean called Fred Durst and put the offer out there to him. After some back and forth, Fred decided that Kevin & Bean could call back Monday and hopefully he'd have an answer for them. It was fingers crossed when the show called Fred to follow up with him this morning.

"It's a lot of pressure guys. To throw this together out of the blue, to be ready by Saturday, to get everyone in town. If you guys could provide me with an extra bowl of blue M&M's we can probably pull this off!" exclaimed Durst. "Limp Bizkit is about to throw down at the Weenie Roast!"

Find out how you can win Bud Light VIP passes this week! Click HERE for info 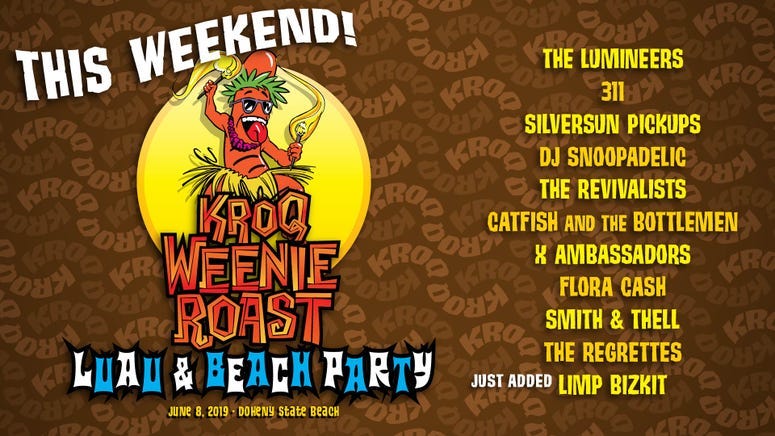