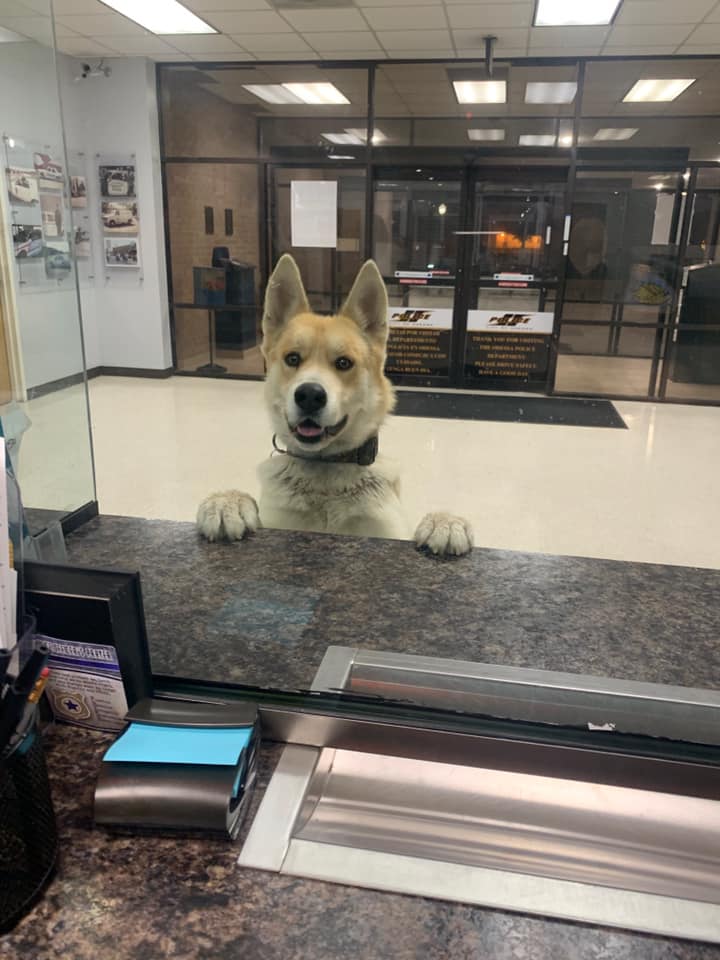 Allie searches far and wide to find all the best and hilarious stories involving animals from around the world.

What would you do if you were out in the ocean surfing and getting ready for a great set coming in and then you see a great white shark right under you? What would you even do? Well, we’ll tell you what Nick Minogue from New Zealand did. He was bitten by a great white shark last Saturday, he’s 50-years-old and he’s been surfing for 50 years. The shark came up and attacked him while he was on his board. He bit the front of the board and it could have been a lot worse. Minogue repeatedly punched the shark and aimed for the eye and yelled out to it, to “F off,” as loud as he could. He expected it to be mechanical and something you would see at Universal Studios, but it was a real shark. The shark went away, and that’s when he swam back in. He was left with only a cut on his arm, but his full-length wet suit saved him from further injury.

A 23-year-old parrot named Sweat Pea that Abby Matthews adopted for her family last year was able to talk. She knew the bird was going to be able to speak, but she wasn’t ready for what the parrot was going to say. Sweat Pea would yell at her kids, Beatrix and Bella, calling them ‘f***er’ and ‘a**hole’, and also shouting “I’ve got bills to pay!”  Abby went back and found out that the parrot was rescued from an abusive family that was going through a really bad divorce. So it was mimicking all of the fights that the family was having. Sweet Pea if family for life now, and they are now working with Sweet Pea. It’s funny until you realize its mimicking angry people.

Where did Chico the missing dog go? Chico the German Shepherd ran away in the middle of the night, and where did he show up to, The Odessa police department. Chico strolled into the precinct, put his little paws on the front desk alerting them to his presence. The officers were playing catch with the dog and having a good time with this dog. The dog didn’t have a tag, and when they were trying to see if he was microchipped, he disappeared. So the police department posted the pictures they took with Chico and the officers cuddling and playing with the dog on Facebook. Chico’s owner Edward Alvarado who was asleep all night woke up to a text from his nephew asking if that was his dog. Alvarado went to check on his dog and found him in the back yard sleeping. Chico is a cheater! He left in the middle of the night and went to play and get cuddles in the middle of the night with another family. What a dick, right? He didn’t think he’d get caught, but social media caught him.

Police in Waukesha, Wisconsin responded to a call Monday afternoon, about a woman performing a spiritual ritual on a dead possum in the road at an intersection. Witnesses who had been following the woman’s vehicle before the incident said that he had been behaving erratically, and saw her get out of her car, throw goldfish, windshield washer fluid, and yelled “Repent” at the dead possum. The possum was then removed from the roadway, but if we’ve learned anything from these stories, it’s Animals and people be crazy.