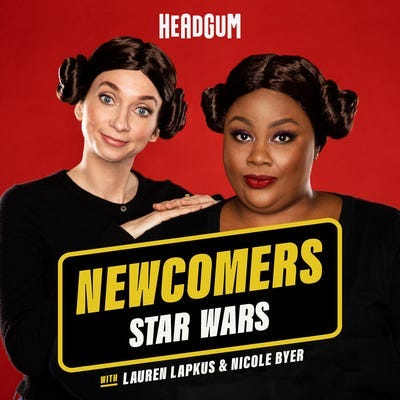 This week Jensen brought us another great in-studio guest, Lauren Lapkus. You may know Lauren from Orange Is the New Black, Crashing, Between Two Ferns: The Movie or Jurassic World. However, in Jensen’s opinion, people that follow podcasts know her as the Queen of the art form. She’s had her own podcast called Special Guest and has frequently appeared on comedy staple Comedy Bang Bang. She also has a brand new podcast that Jensen is excited to get us up on called Newcomers - Star Wars with Lauren Lapkis & Nicole Byers.

In the new podcast, Lauren and Nicole watch the Star Wars films for the first time. If you can believe it, neither of them have ever seen even a minute of anything Star Wars related and they’re curious to experience them for the first time. Throughout her life, Lauren has picked up on several quintessential lines such as “Luke, I’m your father,” as well as several other details like, “Yoda looks like a green thing,” but nothing beyond that. 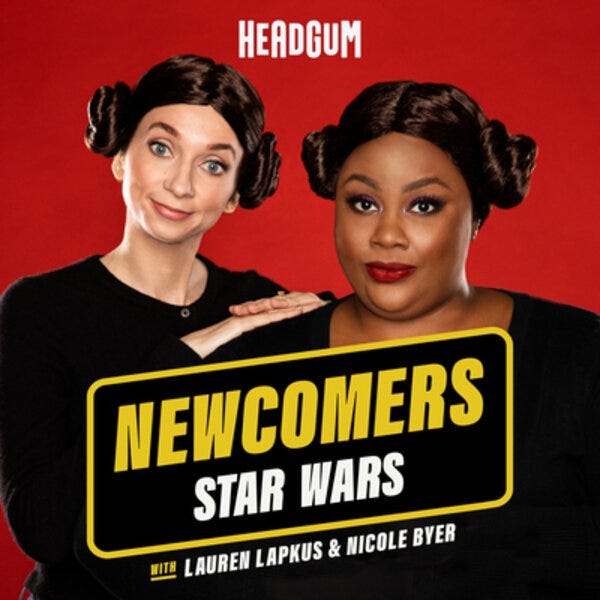 After watching the first film in the franchise they both considered quitting. They felt it was too long and boring. They decided to stick with it and Lauren started to slowly fall in love with it. The films that they’ve covered in the podcast so far include: A New Hope, The Empire Strikes Back, Return of the Jedi, and Phantom Menace. They have also done a commentary track as a companion to A New Hope so listeners can sync it up and listen during the movie in real-time. It’s interesting to hear two people talk at a very entry-level for these films that most of us have a lot of knowledge about. They’ve also welcomed guests to the show such as John Gemberling, Jon Gabrus, and Nick Wiger. They all know and care so much about the franchise, that it becomes offensive to some of them to hear the lady’s ideas and questions.

These films have grown on Lauren so much that she’s now also able to see how fans have made these films a huge part of their lives and she finds herself wanting merchandise like Lightsaber chopsticks or a Yoda backpack. They also hope to culminate their movie-watching experience with a trip to Galaxy’s Edge at Disneyland, but she doesn’t actually want to wait in any of the lines.

The podcast is two people watching Star Wars with absolutely no reference and no idea about any of the information. The episodes include breaking down Fan-fiction that they have found online, going from confusing characters names and mispronouncing them to slowly falling in love with the entire Star Wars franchise. Just search Newcomers and you’ll be able to find it. This is the first season of this show and the second season would be for a different show or franchise with hopefully Lauren and Nicole hosting as well. It’s hard to imagine anyone that doesn’t know about Star Wars, but with this podcast, you get the rare experience of seeing it all with a fresh set of eyes.