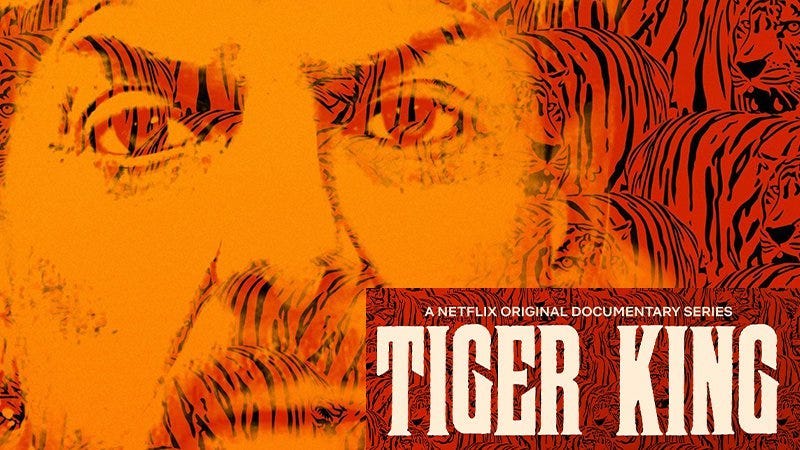 The Kevin in the Morning consensus on the current TV landscape is that there’s too much TV. And, with the looming 14-day quarantine, we’re gonna need all that streaming media more than ever. That is why this week Jensen brought us 2 Netflix films and an FX television show that we should get up on immediately.

With the recent success of Parasite and Jordan Peele’s Us, there’s been a movement focusing on serious issues like class disparity. A subject that was once relegated to comedies such as Trading Places and Coming to America is now something that is more prevalent in real life and thus being given serious attention on-screen. Jensen’s first pick does this very well and it’s called The Platform. It’ll be released on Netflix on March 20th. It’s a Spanish language Sci-Fi Thriller that has subtitles, but don’t hold that against it (Kevin loved Parasite and it was his favorite movie of last year). It’s set in a dystopian style prison with many levels and if focuses on how each level eats. A huge feast starts at the top level of the prison and is gradually lowered to each level, enabling the inmates along the way to either take their fair share or leave behind just scraps for those just below them. One inmate sees the lack of humanity in the system and decides to try and change things.

The second Nexflix film will also be released on March 20th, it’s a true-crime story documentary called Tiger King: Murder, Mayhem, and Madness. It follows a larger than life, hardly believable man named Joe Exotic. Allie instantly knew who this guy is and couldn’t be more excited about the selection. He’s a mullet sporting, gun-toting, polygamist country-western singer who is the owner and curator of an Oklahoma roadside zoo and owns 1,200 big cats. He looks like what wrestler "Diamond" Dallas Page would look like if he was inbred and a hitman. With this true statistic in mind, there are currently more tigers in captivity in the US than there are in the wild, and it’s hardly a surprise that there are crazy stories about the people who own these big cats. But, when animal activist and cat sanctuary owner, Carole Baskin tries to put zoos like Joe Exotic’s out of business, things take a very weird turn. Joe gets arrested for attempting to hire a hitman to kill her, drug kingpins get involved, magicians jump in, and cult leaders become part of the tale. It’s a great story and it’s all 100% real.

Lastly, sticking with documentaries, FX’s first foray into the genre is a four-part series called, The Most Dangerous Animal of All. It follows successful businessman Gary L. Stewart as he searches for his real father, a man named Earl Van Best Jr.  Stewart is convinced his father is the Zodiac killer, one of the most infamous and uncaptured serial killers in history. This is based on Stewart’s book of the same title that has been picked apart and debunked by experts over time, but he’s extremely confident that his dad is the killer (and he might be right). Stewart’s story is full of twists and turns about the Zodiac killer and his interesting life and his complicated relationship with his birth mother. There are 4 episodes in the season and the first one aired on the 6th so the second episode will air this Friday.

Firstly, if you’re into Sci-Fi and anything with a bit of a social message about class disparity, you’ll find The Platform to be amazing and it’ll be available to stream on Netflix on March 20th. Secondly, Tiger King: Murder, Mayhem, and Madness is a Netflix Original Documentary about a crazy unhinged zoo owner and it’ll also be released on March 20th as well. Lastly, The Most Dangerous Animal of All is about a man who thinks the Zodiac killer is his father. It’s as intense as it is awesome and if you love true crime you’ll definitely want to check out the second of four episodes this Friday night.