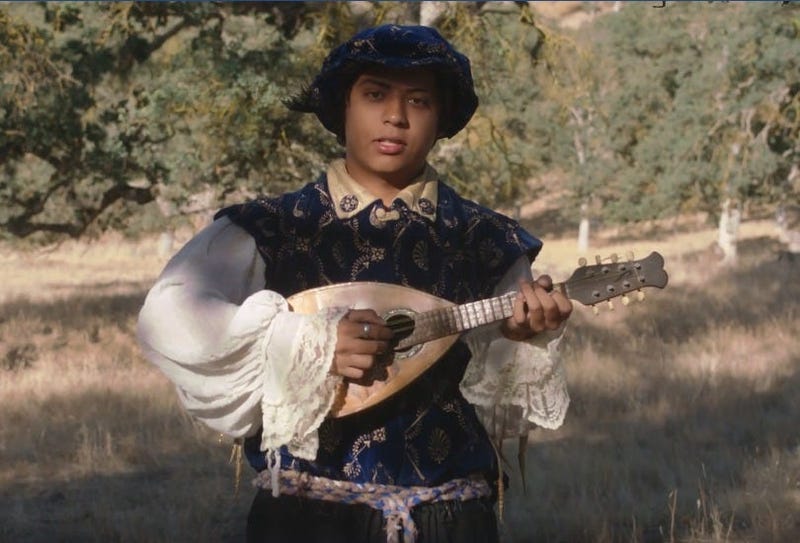 When we talk about Bakersfield on the show, it’s usually only about one thing. The pioneers of nu-metal, Korn. Then, it just usually goes away. Today, however, Jensen brought us an emerging artist originally from The Korn fields, a young-looking singer/songwriter, 20-year-old Junior Mesa.

Jensen stumbled on his debut EP Peace at the end of 2019, and he absolutely fell in love with it. It was released on producer Ricky Reed’s record label, Nice Life. If you recognize the name, that’s because it’s the same record label as Grammy Award winner Lizzo.

Mesa has a timeless smooth sound that if we played it for you without any context, there would be no way you could guess what decade it was released in. In the past, he’s listed an eclectic list of influences that are more ‘60s than 2020. They include Ella Fitzgerald, Sly, and the Family Stone, and Jimi Hendrix. In addition to singing on the album, Mesa also plays every single instrument, including guitar, drums, and piano. He learned to play the guitar by watching YouTube tutorials just 4 years ago. After learning guitar he began collecting all the instruments he could get his hands on.

Let’s listen to 3 AM off his new EP Peace.

For the EP, Mesa had a lot of high school influences that he was trying to replicate. For his song 3 AM it was heavily influenced by The Beatles. Mesa produced the music with Reed, who may sound familiar because he won numerous Grammys last weekend. Many of his lyrics include ideas about loneliness and heartbreak, and we were all surprised to find out that these are all feelings that he’s had to deal with from previous experiences. Mesa explained that 3 AM was all about insecurity and wondering if [he’s> good enough for somebody.”

Here’s another song by Junior Mesa, this is All or Nothing.

Marvin Gaye was another influence that Mesa attributed in the writing and the recording for All Or Nothing. Mesa is also listed in the credits for the video as the music video’s Director. Despite his music sounding like nothing you could currently point to, he’s also inspired by artists like Unknown Mortal Orchestra, Tame Impala, and Mac Demarco. Here’s another song by Junior Mesa, Jensen’s favorite, Intergalactic.

You can download the EP Peace anywhere you get music. You can also see him live at The Roxy on 2/23 with Luna Luna and Archer Oh. Mesa looks too young, is too talented, and is too nice of a person to be real. He also may or may not be an alien, because he never really answered that question.