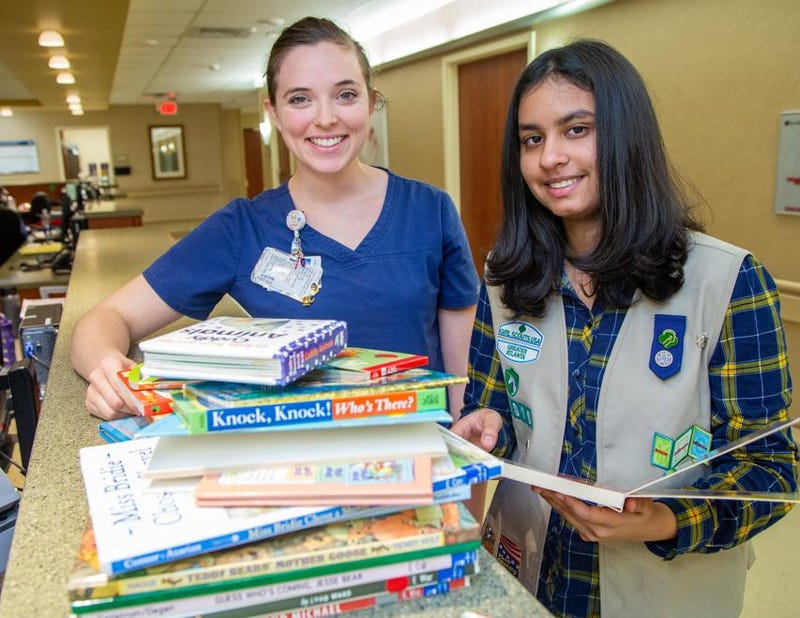 This morning Kevin introduced us to Michael Carson know as Mr. Mike, at J. Frank Dobie Junior High School in Cibolo, Texas. He’s a custodian and his favorite part of the job is working around the students. He enjoys talking with them and kidding around with them. Johanna Madrigal and Izzy Gauna, both in the eighth-grade, are two students who were tasked with writing "kindness letters" to someone. For both of them, Mr. Mike immediately came to mind. These are just two of the students who Mr. Mike has impacted with his presence and kindness. Mr. Mike was very gracious and said "It means so much. It makes your job a little easier when people appreciate what you do for them." This was Kevin’s GREAT NEWS!!!

Today, Allie brought our attention to Winston Lee who teaches History at Letcher County Central High School in Whitesburg, Kentucky. He was pleasantly surprised when he recently witnessed an act of kindness in the unlikeliest of places. He received a hand-written note on a test sheet from one of his students. The note said, “If you could, can you give my bonus points to whoever scores the lowest?” One of his straight-A students offered up his 5 points to someone in need. He would have had a test score of 99 on his test, but instead gave up 5 of his points and gave them to a student that was struggling. Lee knew he had to share this act of kindness with others, so he posted it to Facebook. Lee askes that we should have a little bit of compassion just like this young student did, and gave away his extra bonus points. This was Allie’s GREAT NEWS!!!

Filling in for Jensen today was Beer Mug, and he told us about 14-year old Girl Scout, Anoushka Talwar. Talwar was also born prematurely at 27 weeks and weighing just 2.2 pounds. Her father used to read to her and her brother while they were in the neonatal intensive care unit (NICU). Which, by the way, Proceeds from this year’s April Foolishness tickets go to Cedar Sanai’s (NICU), and tickets are on sale now. Prematurely born babies born cannot be held by their parents. In this state, it comes highly recommended that parents talk, sing, or read aloud to their children to bond with them. Having gone through this herself and knowing about it, she has set up mini-libraries in the NICU’s of Children’s Healthcare of Atlanta and Emory Johns Creek Hospital. She went door-to-door in her Atlanta neighborhood, asking for donations of children’s books. Her goal was to collect 100 children’s books, she received over 450 books for both NICU’s. This alone has earned her a Silver Award, the second-highest honor in the Girl Scouts. Anoushka has done a great thing and it has inspired her to pursue a career in law enforcement to keep helping people. This was Beer Mug’s GREAT NEWS!!!