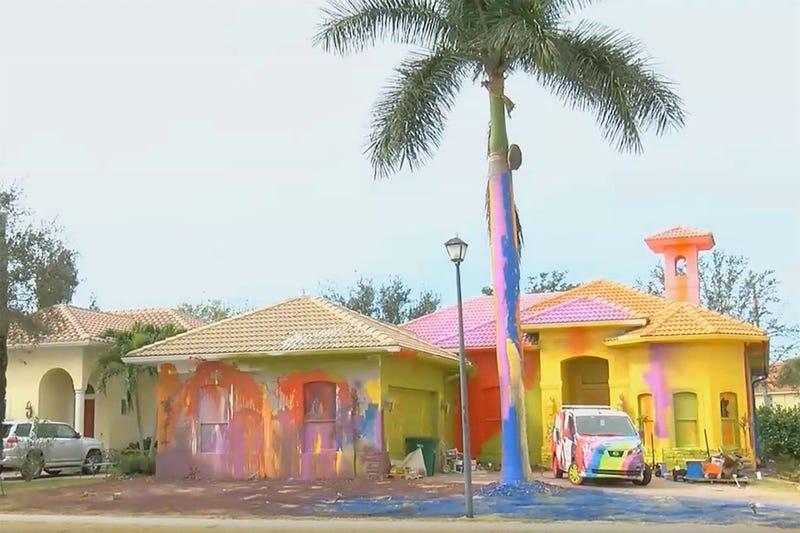 Allie searches far and wide to find all the best and hilarious stories involving animals from around the world.

Were you ever mad enough at your parents to cause $500,000 in damages to their house? Jeffrey Liebman lived with his father Dennis Liebman on a lakefront house in Naples, Florida. He bought the house with his dad in 2017 but since have fallen into numerous lawsuits against each other. The Father is trying to get Jeffrey to sell the house and split the profits. This week a judge ruled in favor of the father. So, Jeff did what any normal level-headed Florida resident would do. He spent two weeks damaging the house by using pink, blue, and yellow paint to cover the house like it hosts raves on the weekends. Neighbors have been freaking out at this spite. The trees, the grass, the mailbox have all been covered in paint. Police say he no longer lives there and are trying to figure out what can be done legally.

Juan Zamora was driving when he flashed his lights at a sheriff deputy’s car in hopes that that person would give him directions to an auto parts store. The deputy was nice enough to pull over and attempt to help. They noticed he had bloodshot, watery eyes and was having trouble with his coordination. Zamora admitted to drinking two shots of bourbon earlier in the day. Zamora failed a field sobriety test and found a bag of cocaine in his shirt pocket and a bottle of whiskey in the passenger seat. Zamora initially refused a breath test, stating: “You didn’t pull me over. I pulled you over.” That's a great quote. And then he blew a .137 blood-alcohol content.

No one likes going to the dentist, but that doesn’t mean you can threaten yours when things don’t go your way. 66-year-old Clearwater resident, Bruce G. Clark was having a pair of dentures made and was told to pick them up in seven days. He then sent his sister into the office to pick them up. Unfortunately, the patient needed to be present to pick them up. She became angry and called her brother who turned belligerent and said “I ought to come down there and shoot up all you motherf-----s.” this incident made the office fearful and called the cops. As a result, Clark was booked at the Pinellas County jail on a charge of making threats of violence with a firearm. Bail was set at $10,000. Also, he still hasn’t picked up his dentures. 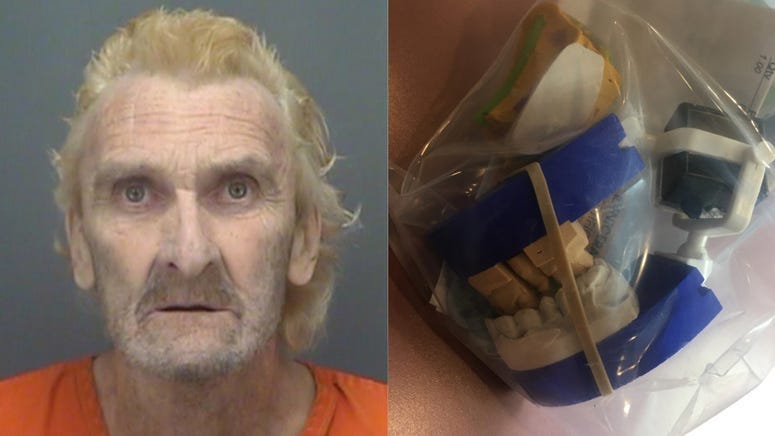 We now introduce you to Kizer Pontoon of Sarasota, Florida. He has a long history of run-ins with the law. He has been arrested 66 times. You would expect him to be in his 70’s, but he’s only 28 years old.  He’s just a bit of his rap sheet: Drugs, fleeing from police, fraud, aggravated assault, grand theft, leading officers on a chase, failing to appear, and sadly in Florida, It’s not unique. None of the charges have stuck to Pontoon and he keeps being released.

A Largo, Florida resident Sylvia Shumaker called 911 to ask for divorce advice and is now being charged with misuse of the emergency system. She called to complain to the police about her husband, but when police arrived they found it to be non-criminal, so they left. She then started texting 911 dispatchers over six times asking for help finding a counselor or filing for divorce. She was told that they could not help her with that and when police showed up again, they found her intoxicated and now she’s in jail. 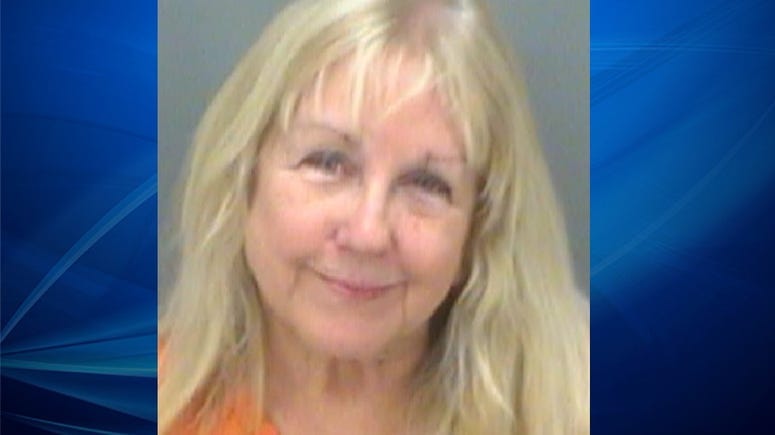