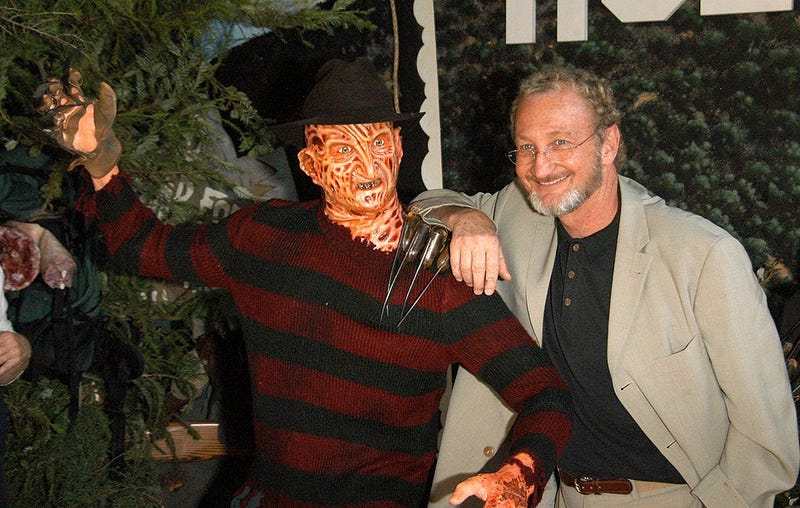 Rober Englund aka Freddy Krueger of the Nightmare on Elm Street franchise joined Stryker & Klein Mornings to talk about his Halloween plans. He baited Ally into thinking he was a candy corn fan only to put her on the spot and ultimately admit he's actually a fan of peanut butter cups, you know, like a normal person.

When asked about his favorite Freddy Krueger kill, he shares a couple but favors the iconic "Tina across the ceiling" kill as his favorite.

Klein of course had to mention Ally's infamous top and its strange resemblance to Freddy's signature sweater, and Englund suggested we pelt her with candy corn.