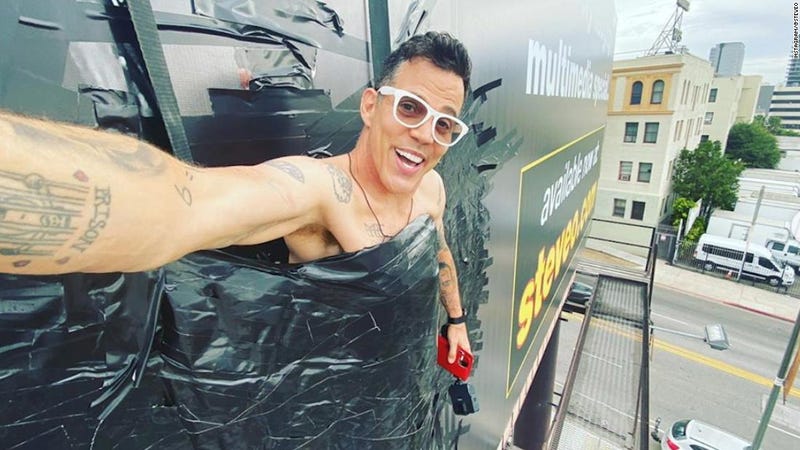 Most of LA probably got a news update yesterday that a man had duct-taped himself to a billboard on Cahuenga Blvd. Upon looking up the news story, we're sure everyone thought, "Of course it's Steve-O!"

Steve-O joined Stryker and Klein Mornings to talk about the experience.  He's promoting his new 'Gnarly' comedy special and obviously doing it in a way only he can. Steve-O shared that he worked on the special "for the longest time" and he's thrilled to share it with eveyone. For the special, he was able to marry his worlds. The comedy act is a journey through his life, including news stories about his personal life and even cameos by his Jackass buddies.

We had to throw in a question regarding the highly anticipated 'Jackass 4 Movie.' Although he could not confirm a release date, he did confirm that it is happening.

Styrker and Klein Mornings, weekdays from 5am- 10am