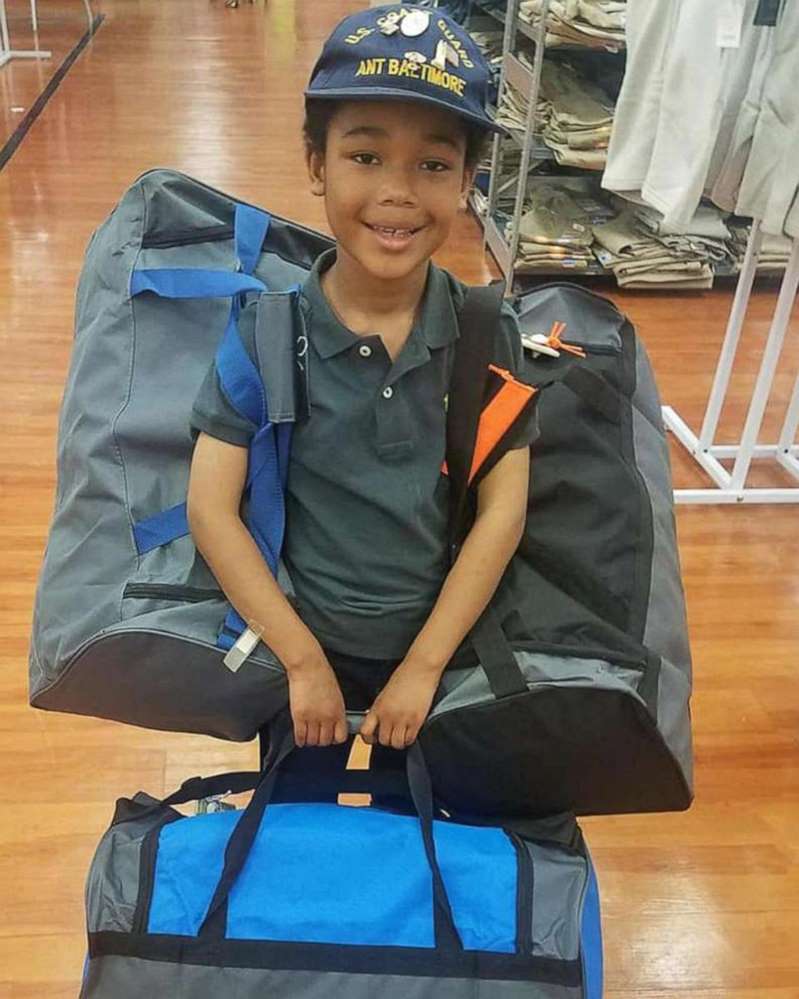 This morning Kevin introduced us to Jonathan Jones from Cottonwood, MN. He is colorblind and he was left in tears after his school Principal bought him a pair of special glasses that allowed him to see color. These special glasses cost $350 and the teacher was more than happy to get them for him so he would be able to see color for the very first time. His mother was so inspired by the teacher’s gesture that she set up a GoFundMe page to raise money to buy these special glasses for other colorblind children. Teachers don’t make a lot of money, and for the teacher to spend that much money on a student was incredible. The GoFundMe his mother set up was trying to raise $350. They are now at $28,000. This was Kevin’s GREAT NEWS!!!

My little brother is severely colorblind and so is his principle at school. While they were learning about colorblindness in class, his principle brought in some glasses that let him see color for the first time, and he was very emotional. Check it out: pic.twitter.com/LQhAND9RJq

Jensen brought our attention to 25-year-old Professional Golfer Brandon Matthews. He was in a very high profile match in Argentina and was setting up a very crucial 8-foot putt. By making the birdie he would have won the tournament and would have immediately been invited to the British Open. In the middle of his putt, there was a loud yelp. He was distracted, he missed the putt and lost the tournament. He thought it was intentional at first. He was frustrated and was in shock at what had happened. The tournament director apologized to Matthews and it was explained to him that the noise had come from a fan with Downs Syndrome who could not control his voice. Matthews immediately forgot about the frustration and loss. He asked to meet with the fan and minutes later he was shown on the Golf Channel giving the fan a huge hug, autographed his glove and asked him if he had fun. He wanted to make sure that he was enjoying himself and let him know that there were no hard feelings and that he wasn’t mad. Matthews may have missed out on a huge opportunity on the golf tour, but he understood that some things are much bigger than golf. This could have gone in a different direction, but he decided to control the narrative and made it about understanding and be able to see other people’s struggles. This was Jensen’s GREAT NEWS!!!

Michael Schneider told us about 8-year-old Tyler Stallings who is helping veterans in need. He was only 4-years-old when he wanted to go to the hardware store to help build homes for veterans who were struggling with homelessness. Instead, he contacted the Governor of Maryland Gov. Larry Hogan, who gave the boy a $100 grant to put to good use. That grant has turned into a 4-year mission to help veterans in need. He joined the Maryland Center for Veteran Education and Training and became an advocate to raise awareness about the struggles of veterans when they are finished serving. Tyler then came up with the idea for “Hero Bags,” which are packs filled with clothes, bath products, food, and bedding, that he passes out to homeless veterans. Now, four years later after the initial $100 grant, Tyler has helped to raise more than $50,000 to help homeless veterans through his GoFundMe donation page. His mission continues and it’s amazing. This was Michael Schneider’s GREAT NEWS!!!