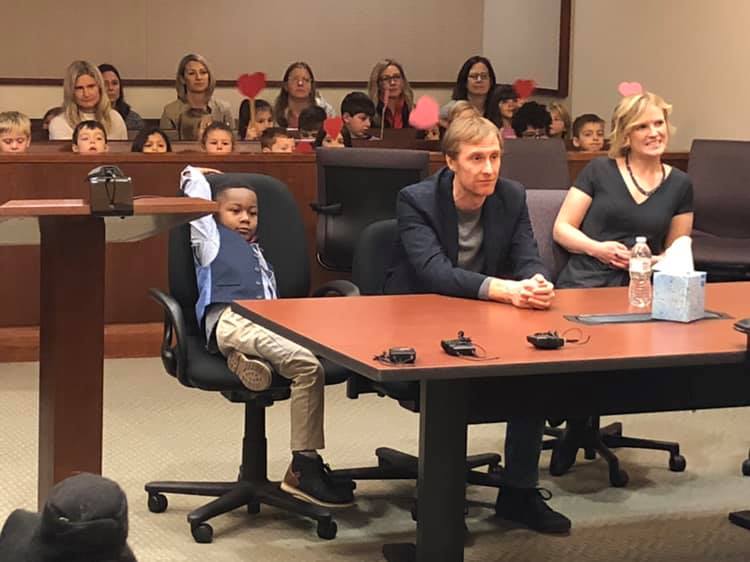 This morning Jensen told us about 16-year-old Macinley Butson. She has lost a relative to breast cancer and has seen the damage cancer and the treatments can leave behind first hand. She knew she wanted to do something to help so, she started doing her own research. She watched videos on YouTube and came up with an idea. She created a malleable metallic shield that’s called S.M.A.R.T. and it stands for Scale Mail Armor for Radiation Therapy. It’s an armor that cancer patients can wear that minimizes the negative effects that radiation therapy can have on a human body, and it works. Hospitals and treatment facilities near her began testing it and that helped perfect the armor. In 2016, she won first place at the INTEL International Science and Engineering Fair—becoming the first Australian to do so in its 68-year history. Now, at 18, Macinley Butson will see S.M.A.R.T. Armor get a true clinical trial, just like medicines and other treatments. At 16-years-old she’s figured out a way to reduce the side effects of harmful cancer treatments. This was Jensen’s GREAT NEWS!!!

Allie brought our attention to 5-year-old Michael Clark Jr., from East Grand Rapids, Michigan. A video shows him wearing a blue vest and a maroon tie sitting in a courtroom about to be adopted. His soon to be adoptive parents sitting next to him and almost 2 dozen of his friends and classmates sitting behind him. He had invited his entire Kindergarten class to attend the adoption hearing. Little Michael was one of 36 children to be adopted last Thursday at the 23rd Annual Adoption Day in Grand Rapids, Michigan. Michael had been living with a couple, the Eaton’s, for over a year and they decided to adopt him when the state terminated his birth parents' parental rights. Michael invited his teachers and classmates to the ceremony because he, “wanted his whole family to be there on his special day.” The students held rulers with hearts attached because the theme was Love Rules. They each stood up and gave testimonials and out him. The entire community came together and celebrate Michael’s adoption. This was Allie’s GREAT NEWS!!!

So glad he got to share his special day! #AdoptionEqualsLove https://t.co/GMvcZhHZn9

Kevin told us about Dr. Laura Landerman-Garber. She started a charity, Holiday Cards 4 Our Military NH Challenge, 16 years ago. She began by asking friends to write holiday cards so she could send them to the men and women of the armed forces serving overseas, so they would have a card with a holiday greeting from someone. Last year she sent out 50,000 cards. So far she’s gotten cards from 30 states and Canada this year, and the total so far is over 100,000 cards. She also just received a shipment of cards from Hawaii with cards showing Santa on the beach. People are good, they want to help, and even young children help out by drawing cards. This was Kevin’s GREAT NEWS!!!

For more Great News stories check back every Monday morning.