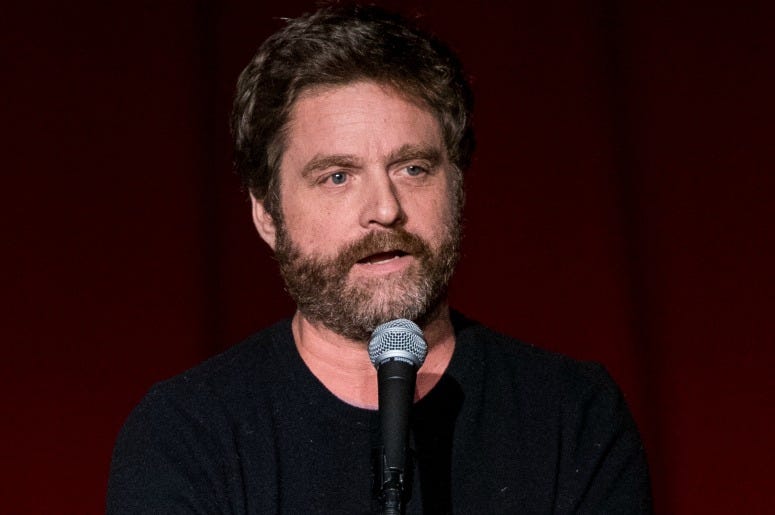 Set aside September 20th, because Between Two Ferns: The Movie is coming to Netflix.

At an event in Los Angeles on Thursday, Zach Galifianakis announced the upcoming film directed by Comedy Bang! Bang! mastermind Scott Aukerman and produced by Aukerman, Galifianakis, and Funny Or Die's Caitlin Daley and Mike Farah.

According to a release, the film follows Zach who, "dreamed of becoming a star, but when Will Ferrell discovered his public access TV show 'Between Two Ferns' and uploaded it to Funny Or Die, Zach became a viral laughing stock. Now Zach and his crew are taking a road trip to complete a series of high-profile celebrity interviews and restore his reputation."

Between Two Ferns first started in 2010 with guest Michael Cera, and has run 20 "episodes." Over the years it has gone from a viral sensation, to a political weapon, and now to a full-length movie. These are five of our favorites from the past 10 years.

"You can't skate on your looks alone." Special appearance by Carrot Top.

"Do you know that some actors turn down roles?"

"Zach, you look like a homeless guy that's been to a soup kitchen, that specializes in ice cream soup."

"That was the opposite of what happened with Kesha."

Between Two Ferns: The Movie is out on Netflix on September 20th.