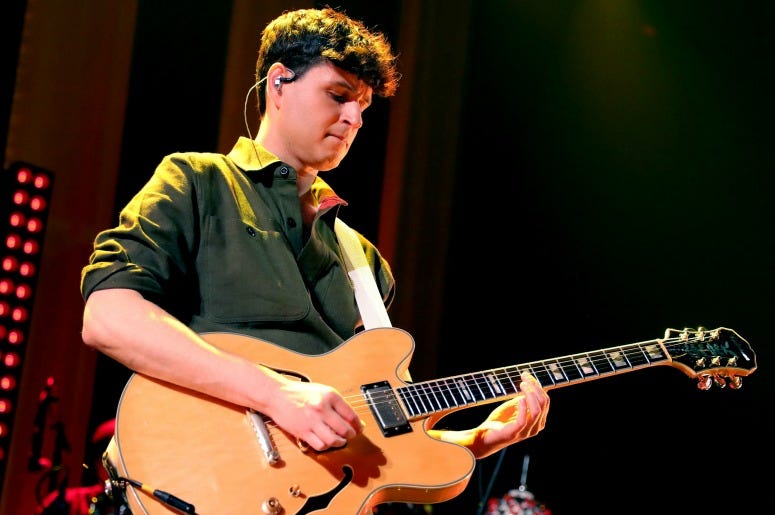 Vampire Weekend is out on the road for their Father Of The Bride tour, but took a detour to Pawnee on Friday night.

At a show in Indianapolis, the group launched into the theme song from Parks and Recreation during "M79" from their self-titled debut. Perhaps honoring the fictional city from the show not far away, or paying tribute to Ann Perkins, who was played by partner Rashida Jones on the series. Either way, Li'l Sebastian would be proud.

goodnight here’s @vampireweekend playing the parks and rec theme in the middle of M79 pic.twitter.com/WBbRsp4xHB

The band has been playing several songs off of their recently released double album, Father Of The Bride, with the tour set to stretch into October. The album is their fist since 2013's GRAMMY-winning Modern Vampires of the City. "It's crazy when you take a little bit of time off between albums. It just adds up so quick" Ezra Koenig told RADIO.COM earlier this year. "I swear six years goes by very quickly."

You can find the full list of upcoming tour dates for Vampire Weekend, here.