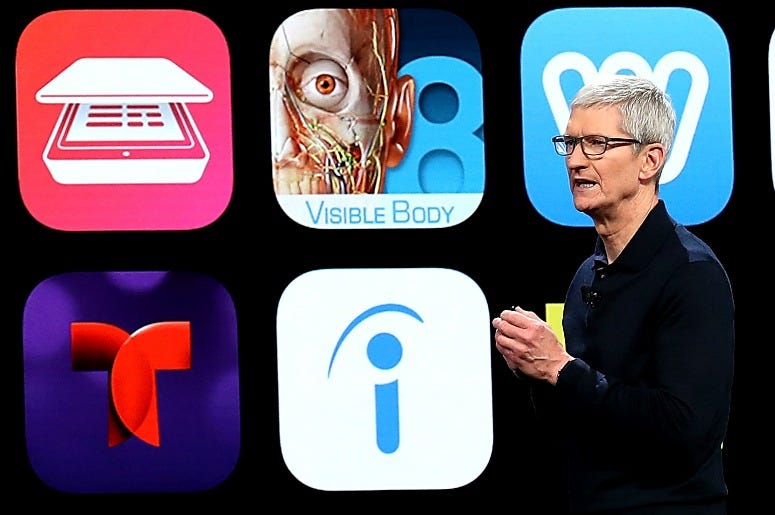 In a world where even your refrigerator can play music, the idea of a new iPod might be initially underwhelming. However, this week's announcement of a 7th generation iPod Touch might be just the thing for some people.

It's been almost 18 years since Apple changed the game and the way we listen, rolling out the first iPod in 2001 and debuting the first iPod Touch in 2007. Over the years the landscape has shifted for the Touch though, which is essentially an iPhone without the resourcefulness of being an actual phone. That might be its genius though, and the void it fills in 2019.

With the price point for iPhones stretching over $1,000, the $199 tag on the iPod Touch makes it the most affordable and accessible of all the Apple products. It also brings with it the A10 Fusion chip, which gives it the same high-priced power iPhone users are used to.

Speaking of things you're used to, the iPod Touch features a headphone jack. The 3.5mm promised land has been taken away on some of the latest iPhone models, making some of your favorite headphones obsolete or dongle-dependent. The iPod Touch welcomes them back into your life with an available 3.5mm connection.

Most importantly though, the iPod Touch has a WiFi connection and not a cell connection, which could make it the perfect entry point in the world of smartphones. Something not as expensive or data-hungry that can be used to learn and still communicate with family members in a controlled way.

The iPod Touch offers a way to connect to amazing enrichment and exciting entertainment, without the heavy weight on contracts and payment plans. Any or all of these reasons might make the iPod Touch an exciting announcement for you.