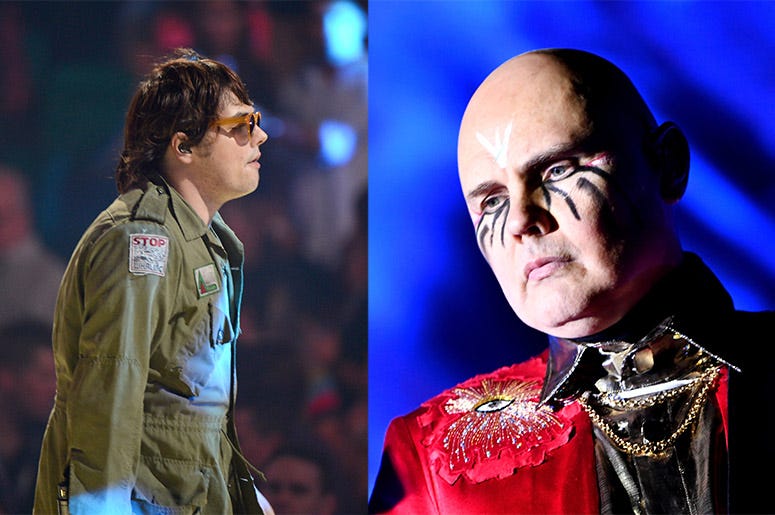 Gerard Way and Billy Corgan are two titans that have shaped the alternative music landscape in their respective generations. So it was welcome news when the pair met up for a new interview feature in Alternative Press.

Legacy, song writing and sound were among the topics covered during their extensive, longform Q&A. Here are the three things we took away from their conversation.

In Issue 388, together or apart, @JulietSimmsALL and @andyblack know how to dominate. Whether they're bouncing ideas off of each other or being supportive partners, Juliet and Andy are redefining alternative music—and they're taking us along for the ride⁠https://t.co/lW3yFJpfKx pic.twitter.com/P0ZppM2e6x

The Smashing Pumpkins faced initial opposition to their sound

When the album Siamese Dream broke out in 1993 it was met with critical acclaim from fans and casual listeners alike. The gritty dream pop rhythm was celebrated as a new frontier in rock. But Corgan tells Way their sound was not initially met with praise from all parties. “What was interesting was there was an almost immediate reaction to what we were doing, which was negative,” he said.

America is still #1, according the Billy Corgan

If you follow the frontman on social media you know Corgan uses a megaphone to share political leanings. Back in 2017, he seemed to defend President Trump from rumors, then denounced political involvement, telling the New York Times he has not voted since 1992. So when Gerard asked him to identify the catalyst for the country’s political division, Billy gave a pro-America answer.

“The key for us as Americans is identifying that as flawed as our country can be—and as flawed as some of the principles upon which it was built upon—we are still the greatest nation in the world for expression,” he told the My Chemical Romance lead singer. “You can look at the glass half full and say, 'There’s a chance there to make this not only the greatest country on Earth ever,' but we can still have miles to go in terms of improvement. I have no problem criticizing this country.”

WATCH MORE: The Rock Concert Tours You Need to See in 2020

Corgan was mentor for Way early on in his career

Gearard revealed many intimate moments between the musicians that fostered a creative relationship for many years to come.

“I remember moving to Los Angeles and looking for a new sound, something really loud. You helped me search for the sound,” he told Billy. “I still have the guitar [amp] head with serial number six on it, the White Marshall, and I remember you looking at the serial number too on the back like, ‘Hey, this is serial number six. They still use that.’”