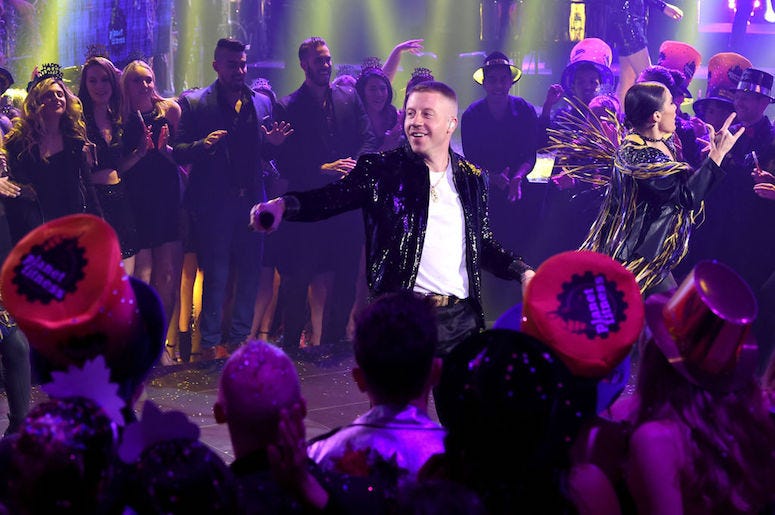 Macklemore didn’t hold back in his latest freestyle called “Trump’s Over.”

The Seattle rapper had a lot on his mind on Inauguration Day and stepped to the mic to share his thoughts. “Now, all you high-fiving MAGA white boys drinking White Claws / Care about your taxes more than human rights, sign off,” he opens up.

Macklemore continued to take shots at Donald Trump and his supporters before turning his attention to calling out liberals. “And all you liberals out there being silent / While Black people dying at the hands of police violence / That care more about animal rights and recycling / And bicycling and the climate and toothpaste with iron / You too are complicit, you too getting brought up / I'll give it to you pro bono, U2 are the problem,” he raps. 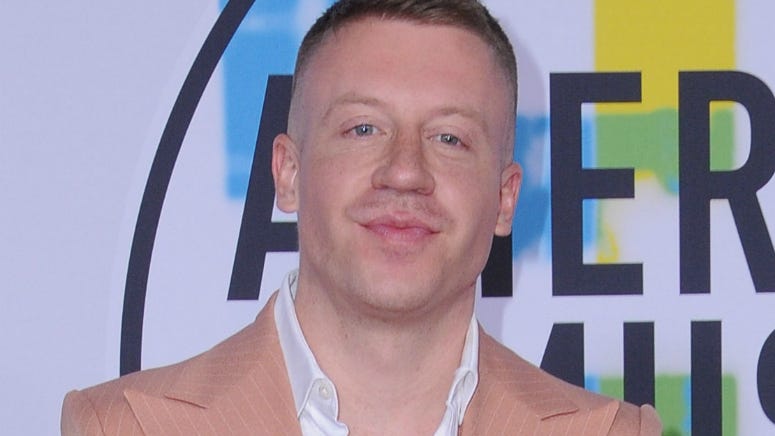 The “Thrift Shop” rapper didn’t give himself a pass either rapping ““I’m white there with ya, silence on all us / Comfy in my privilege, like, ‘Should I risk all this?'"

He quickly answered his own question and went on to say he doesn’t care if his words offend you. “Yes and if you think I care to lose you as a fan / Peace out b**** you know exactly where I stand.”

Even newly-inaugurated President Joe Biden wasn’t exempt from Macklemore’s freestyle. “Biden my dog, but he's close to getting put down / Surprise, another old white guy in the House / Who's fine, we just hold our breath when he opens his mouth,” he raps.