The Oscars are changing the rules in the wake of the coronavirus pandemic.

Typically a film needs to have a seven-day theatrical run in a commercial movie theater in Los Angeles for it to be eligible for Academy Awards consideration.

But due to theater closures and film release dates being pushed back due to the ongoing spread of COVID-19, the Academy of Motion Picture Arts and Sciences (AMPAS) will now consider films that have been released digitally or on streaming platforms without having screened in theaters, reported Variety.

The change is in effect for this year only.

“The academy firmly believes there is no greater way to experience the magic of movies than to see them in a theater,” AMPAS said in a statement. “Our commitment to that is unchanged and unwavering. Nonetheless, the historically tragic COVID-19 pandemic necessitates this temporary exception to our awards eligibility rules.”

Here's what you need to know about the #Oscars:

- For this awards year only, streamed films will be eligible for Best Picture
- Going forward, the Sound Mixing and Sound Editing awards will be combined into one category: Best Sound

Despite the change, not all streamed films will be eligible for Oscar consideration.

In order to qualify, the streamed film must have had a planned theatrical release and must be made eligible on Academy Screening Room member-only streaming site within 60 days of the film’s streaming or digital release.

Once movie theaters reopen, the Academy will again require streamed films to have a one-week run in a brick and mortar cinema.

In previous years, streamed films like Netflix’s “A Marriage Story,” “Roma” and “The Irishman” received Oscar nominations after having first secured a limited release in commercial movie theaters. 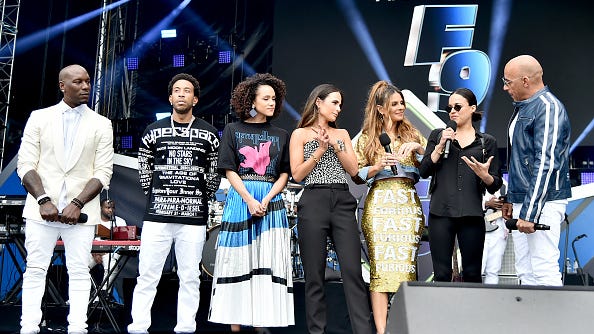 Since the onset of the coronavirus, several films like “Trolls World Tour” and “The Way Back” have been released exclusively on-demand and on streaming platforms.

The Academy also announced the Sound Mixing and Sound Editing categories have been combined into one sound category.