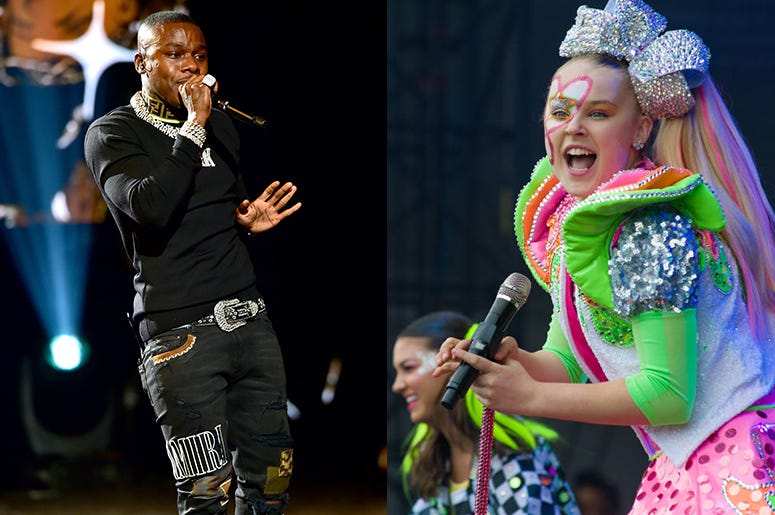 DaBaby is under scrutiny yet again and for the oddest reason.

A few days ago, the rapper released a song, “Beatbox Freestyle” with an allegedly disrespectful bar reportedly aimed at pop sensation, JoJo Siwa. The 29-year-old called her a “b****” while holding up her picture on his phone.

Many were thoroughly and rightfully concerned about what prompted DaBaby to take jabs towards the 17-year-old. His height, net worth and overall, moral judgment were all under attack.

Why did DaBaby include that Jojo Siwa line in his freestyle? 💀 Regardless of rhyme a 29 year old dissing a 17 year old doesn’t sit right with me pic.twitter.com/ZGzpYGbUQS

Siwa has a massive fanbase with over 12 million YouTube subscribers and 10.8 Instagram followers, so fans quickly rushed to defend the famed influencer.

However, things were quickly explained when it was revealed that the line in question wasn’t actually a shot at Siwa, but rather an euphemism. Siwa is a play on “see why,” and DaBaby’s real name, Jonathan, can be shortened to JoJo, according to DaBaby

Later on, DaBaby addressed Siwa directly, stating that it’s “all love,” and even expressed that his toddler is her “number 1 fan.”

Siwa has yet to respond to the controversy.

@itsjojosiwa my 3 year old princess is your number 1 fan. I bought her every product you have out. She think she you.😂

Don’t let em trick you into thinking id ever have a problem with you. My word play just went over their heads.

All love on my end shawty, Keep shinning! 💝