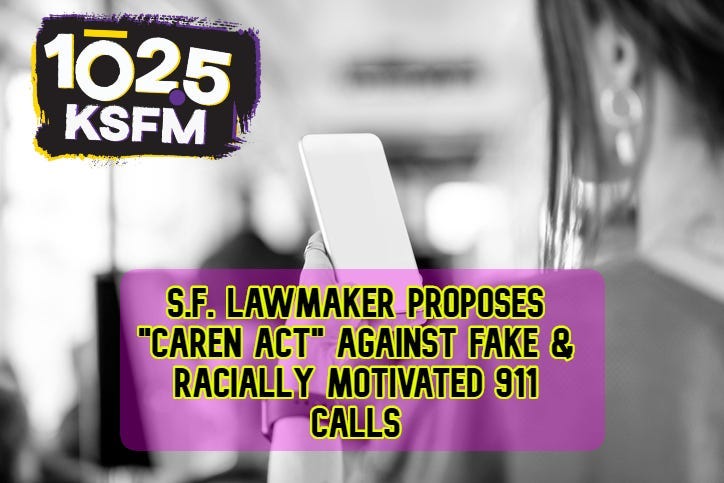 In San Francisco, Shamann Walton, who is a member of the San Francisco Board of Supervisors, is introducing the CAREN Act, with CAREN standing for Caution Against Racially Exploitative Non-Emergencies Act.  The name plays on the "Karen" nick name that has been given to people, typically Caucasian women, who make emergency 911 calls against minorities for non emergency reasons.

The bill calls for those 911 calls that are racially motivated to be treated as a hate crime, and the caller could be sued for up to $10,000 in damages.

Racist 911 calls are unacceptable that's why I'm introducing the CAREN Act at today’s SF Board of Supervisors meeting. This is the CAREN we need. Caution Against Racially Exploitative Non-Emergencies. #CARENact #sanfrancisco