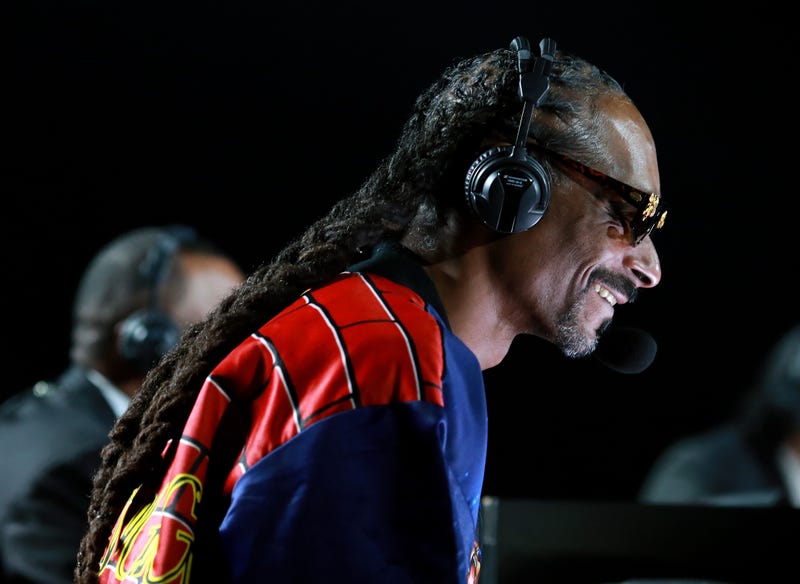 If you saw the Mike Tyson vs Roy Jones Jr fight last weekend then you know Snoop was a hit. Truth be told, you didn't even need to see the fight to know that because social media let you know - Snoop was the big winner of the night. Everyone loved what he provided. From his musical performance to his commentary, to just his mere presence, Snoop enhanced the night without a doubt.

Coming off the success of that night, here we are now, and as ESPN reports Snoop is coming to boxing in a more regular role.

He has partnered with the platform that put on the Tyson-Jones Jr fight night, Triller, and they are forming a new boxing league that they are calling The Fight Club. The plan is to have multiple events each year to feature Snoop as the announcer and host for each.

According to Tuesday's press release, the vision is "connecting celebrities from various backgrounds, from breakout social media stars and professional athletes renowned for their athletic abilities to celebrated musicians and well-known actors and other stars willing to tackle a new venture and enter the world of boxing, as well as pro boxers making their way up." So that is where they are with it now but if it will be anything like what we saw over the weekend - especially with more Snoop - you know we are here for it and its safe to say anyone that watched it will be too.