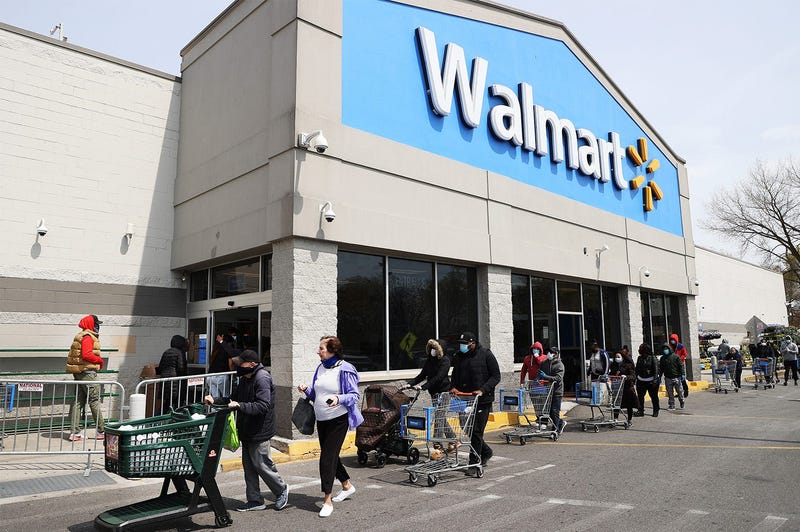 Well that didn't go as planned.

Walmart recently followed suit of a lot of businesses in recent times that were to start enforcing to have all customers and staff wear masks for safety against Coronavirus; such as Best Buy, Home Depot, Lowes, Walgreens, Target, McDonalds and more. The policy took affect on July 20th. Here we are a week later and that policy has been amended. (Just kidding...that policy has been more than amended, its been pretty much reversed).

As CNN.com reports, numerous stores won't enforce rules on wearing masks because of fear that staff could be attacked by shoppers angry at being challenged. Its been a trend with "several incidents" across the country that have involved angry customers refusing to wear masks that have gotten violent with workers at establishments.

CNN also cites such instances as "a security guard at a Family Dollar store in Michigan that was shot and killed in May after he told a customer to wear a mask." And even in recent weeks, "videos of confrontations between angry customers and clerks at Costco, Target and other stores over these rules have gone viral."

So, understandably, such businesses want to avoid these incidents.

As of now, there is no Federal mandate to wear masks, and no sure sign if there ever will be. So for now, it is up to the discretion of respective leaders of areas and districts to determine and enforce such measures.

In the meantime, don't be surprised if you go out and see people NOT wearing masks, or see people fighting over having been asked to wear one.