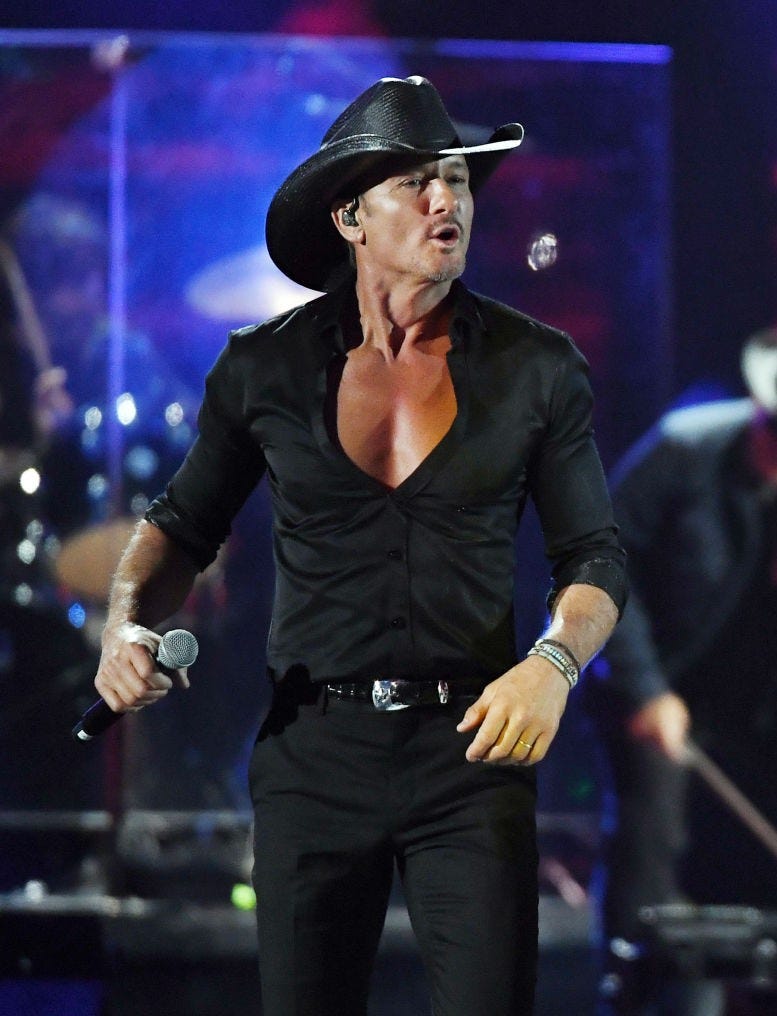 Move over, J.Lo. Here comes Tim Mcgraw on his "Here On Earth" tour,  and as you probably know,  he's also in fantastic shape at the ripe young age of 53.

The tour starts on July 10th in Syracuse, New York and wraps on September 26th in Chicago.

As you probably know Tim is all set to play here in San Diego on August fifth as part of the Country Megaticket.

But the news just got better. Tim has just added two stadium shows to his "Here on Earth" tour.

Look for Tim and his band "The Dance Hall Doctors"  to play SoFi Stadium, The new home of the Rams and Chargers on September 4th. And Philadelphia on the 12th.

Luke Combs, Midland and Ingrid Andress will open for him.

I wonder if his openers know they'll be in for strenuous workouts with Tim during the tour?