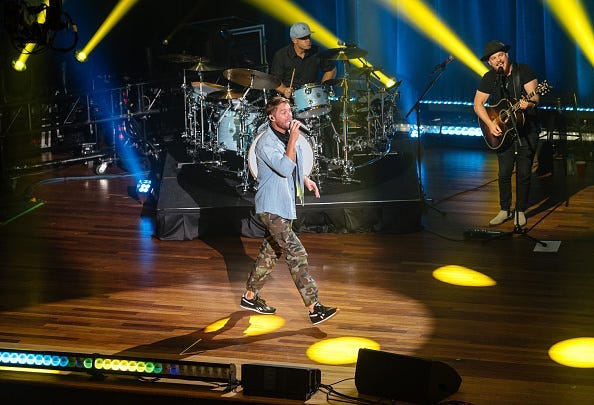 Brett Young and his wife Taylor are making Halloween twice as sweet this year, but doubling-up on the costumes for themselves and their year-old-daughter Presley.

“With Presley, it’s kinda like Christmas," Brett shares in a statement from his label. "She doesn’t really know that she’s dressing up yet, but for us, that’s a picture that you’ll never forget.

"And you know, we already did it last year," he continues. "She was only probably ten days old when we had her in a little skeleton onesie for Halloween last year. And I think my wife actually has two different family costumes this year for photo ops.

So what are those two sets of costumes? “I don’t know what the second one is, but at the risk of ruining any surprise that Taylor may have, the first one is … 'cause we call Presley 'Sweet P,' so we’re actually gonna go as Popeye and Olive Oil and she’s gonna go as Sweet Pea.”