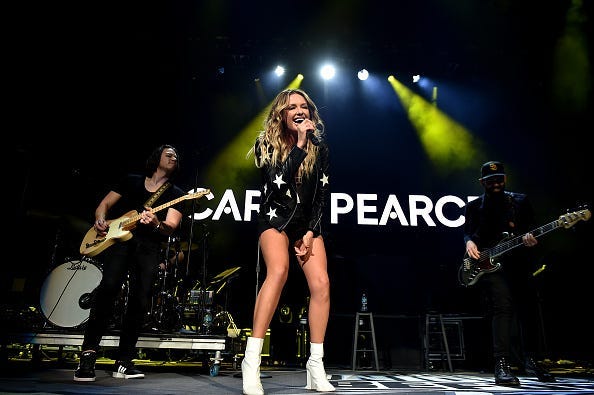 As they say, it's an honor just to be nominated, but as Carly Pearce heads into next week's CMA Awards with four nominations, three for her duet with Lee Brice, "I Hope You're Happy Now," she can't help but feeling like these nods are extra-sweet.

“It’s the little gift that keeps giving," she gushes in a statement from her label. "This song started from me asking Luke Combs at a radio show, ‘Hey, will you write a song with me?’ To then see Lee come and absolutely sing it into the rafters, to then all of this.

"Also, on a personal note, it is the last song that busbee, my producer, worked on before he got sick and passed away from brain cancer.

"And I could not think of a more special moment for the person that gave me so much.”