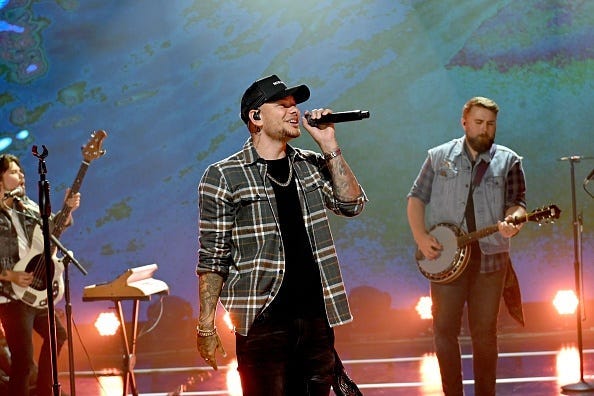 "There's not much foot traffic going around, so it's hard for them to collect money for the homeless and everything," he explained to the late-night talk show host. "If I see a homeless person on the side of the road - we have a lot of them in Nashville - I can't help but stop and help them out as much as possible, so this is just another way for me to do that."