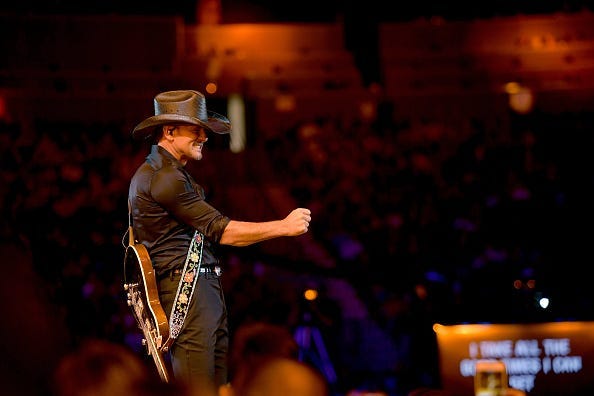 With his three daughters grown and mostly out of the house, dressing up for Halloween isn't something Tim McGraw does any more very often, but if he were to dress up, he'd go the superhero route.

“Of course, instinctively, you want to say Superman so you could fly," he shares in a statement from his label. "But since I’m a pilot, I can already fly.

"But no, I think you’d want to be the Invisible Man, wouldn’t you? Mainly because you could observe without being observed.”