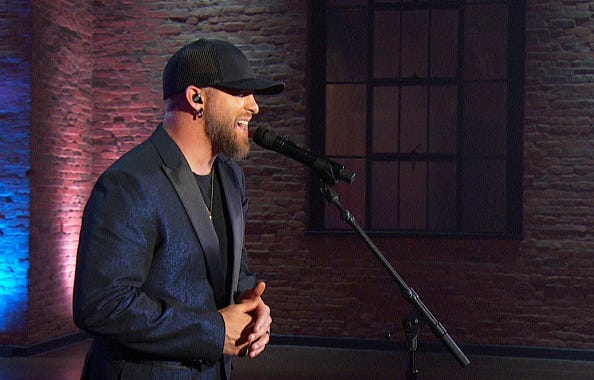 Brantley Gilbert was never into Halloween costumes, but with a 13 month old daughter (Braylen) and almost-three year old son (Barrett), he admits that that may change.

“My wife is big into costumes for Halloween. Bray was a tiny baby this past year, and she was a deer and he [Barrett] was a hunter. So, I can only imagine what’s gonna go down this year with costumes.

"I’m not much of a costume guy," he continues. "I like to see everybody else do their thing and have a good time.  But, who knows?  These two little ones mean everything in the world to me, so dad may have to put on a costume before it’s over with.