Benjamin Smith and Marcus Ellis, two best friends from upstate New York, have a powerful message for the rest of the world: "Black or white, relax and have a beer."

The interracial friends from Rochester have been hanging out in Smith's driveway amid worldwide social justice protests, encouraging neighbors to join them and get to know each other over a few cold ones.

Today, I had a chance to catch up with two great guys, Benjamin Smith and Marcus Ellis. These two best friends have set up camp at Smith's house in Pittsford on Jeff. Road, saying "Black or white, relax and have a beer." #ROC @News_8 pic.twitter.com/N5fP2qtxWH

They caught the attention of Country music star Brad Paisley, who surprised the duo with a video call to thank them for what they've been doing.

"I’m trying to hear out my friends in the black community, that’s what you guys are doing, together, the same thing," Paisley said during their chat. "I’m all ears." 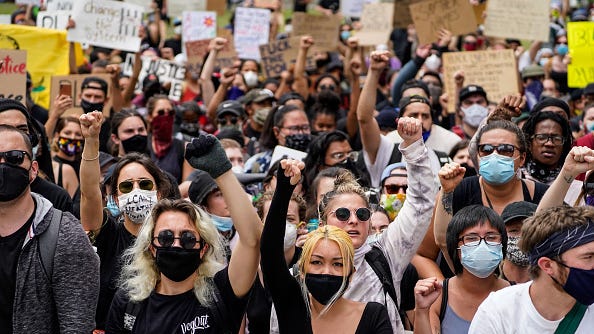 Brad also performed his new single, "There's No I In Beer" on the call, and even sent the pair hundreds and hundreds of dollars worth of beer to further their noble cause.