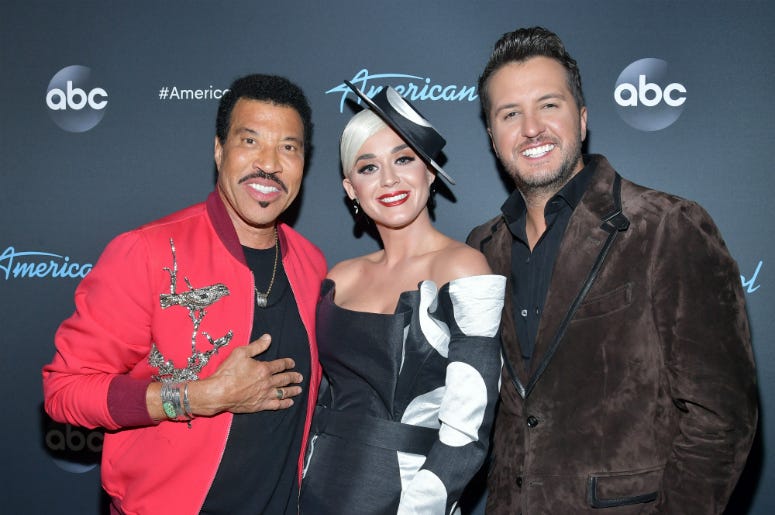 The gang is getting back together. Katy Perry, Luke Bryan and Lionel Richie have all officially signed on for the next season of “American Idol.”

Auditions had already been underway, but it wasn’t a done deal that the trio of stars would be back as judges. Bobby Bones is also returning as in-house mentor.

“We couldn’t be more excited for Katy, Luke, Lionel and Bobby to continue in their roles as American Idol searches for the next great music star, with more live episodes and exciting, new creative elements coming this season.” Said ABC Entertainment president Karey Burke.

The three judges all tweeted their excitement about their reunion.

IT’S OFFICIAL, 3RD SEASON’S A CHARM! Excited to get the band back together with @LionelRichie and @LukeBryanOnline 🙌🏼 Get out there and audition y’all! 3rd season could be your charm✨#AmericanIdol #TheNextIdol pic.twitter.com/r0n6vVMrbH

The trio is getting back together! Ready for another season of laughs, tears and wigs flying on @AmericanIdol. Get out there and audition! You never know, #TheNextIdol could be you... pic.twitter.com/TNwHZNrcRV

New season, let’s go! So excited to be heading back to @AmericanIdol along side @KatyPerry & @LukeBryanOnline! Time to find another superstar! 🌟#TheNextIdol pic.twitter.com/DDFw9559Fx

Financial terms have not been disclosed, but Perry made an astounding $25 million her first time around.

Host Ryan Seacrest is not yet signed, but Burke seems to be treating negotiations as a formality.

"I do not believe he will be missing," she said. "We're in ongoing conversations with Ryan about returning, and I'm hopeful that he will."

The 18th season of “American Idol” will air in 2020. Auditions continue in cities across America.

Wanna audition to be #TheNextIdol? Check out the latest list of audition cities and venues at https://t.co/2ruYWenEgA! pic.twitter.com/zMqbtE8CM3