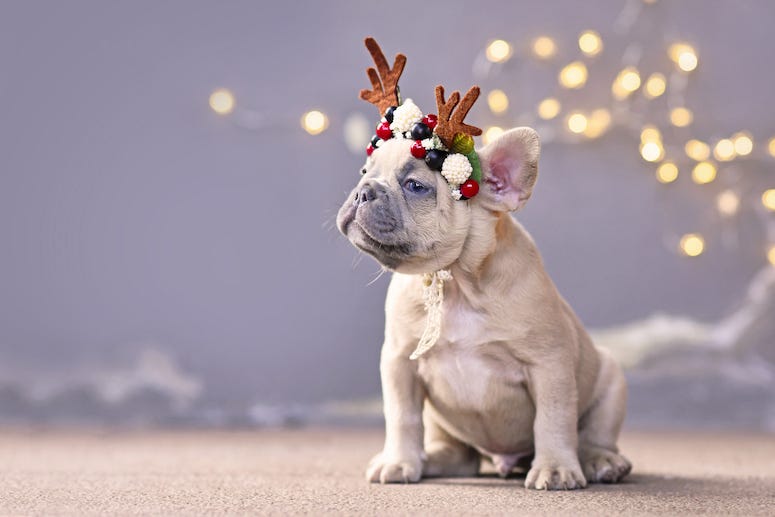 Toad the French Bulldog is getting into the holiday spirit.

The four-legged Dallas, known by his Instagram handle @goodboy.Toad, has made a name for himself thanks to his elaborate costumes and photoshoots.

His fur-parents, Amy and Clint Herrington, started #Toads25DaystoChristmas, a cheery countdown to December 25th. Each day, they post a photo of Toad in a costume that draws inspiration from a classic holiday film.

On December 1, Toad channeled "A Christmas Story" as he licked a pole outside.

December 2nd found the pup acting out an iconic scene from "It's a Wonderful Life."

On the third day of December, Toad channeled Cousin Eddie from "National Lampoon's Christmas Vacation," followed by an adorable impersonation of Cindy Lou Who from "How the Grinch Stole Christmas" on the fourth day.

The Herringtons adopted Toad in February 2019, just before the emergence of the pandemic.

"Making these silly videos of him gave us something to do while we were working from home. I started posting on my own account and then realized that my friends were getting sick of it," Amy told CNN.

The couple was surprised by how much attention Toad received,. So far, he has amassed an impressive following at over 20,000 followers.

Covi or Rona? Pet owners are choosing pandemic-inspired names for their dogs and cats, survey finds

In October, he celebrated spooky month with #toads31daysofhalloween, which allowed users to see his daily Halloween costumes inspired by pop culture icons. Throughout the month, he dressed up as Elton John, Jake from State Farm, and Napoleon Dynamite.

You can keep up with Toad's journey here.