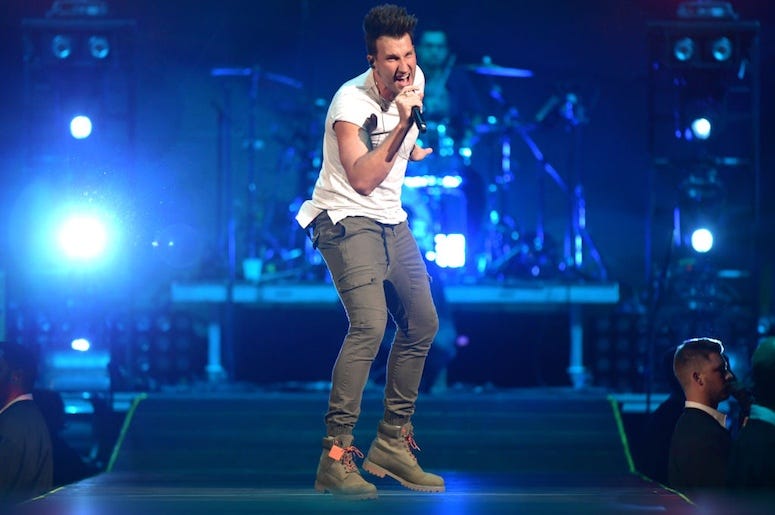 “I called my manager the other day and I was like, ‘bro, I’m completely overwhelmed but in the best way possible.’”

To say it’s been a busy time for Russell Dickerson might be an understatement. After all, the quote above is how he responded when RADIO.COM’s Coop from Coop’s Rockin’ Country Saturday Night asked him how things have been going lately.

Dickerson’s sophomore album Southern Symphony is set to be released on December 4th and it’s another milestone in what’s been a list of them for the Country star lately. “We just had a baby, the album comes out December 4th, single’s number one, we just shot this whole huge full-feature film for the album,” Russell said.

The news of his video project is certainly exciting as Dickerson indicates it’ll serve as a visual component to his upcoming album. “It’s literally like a short film and it plays every song on the album. It’s this whole storyline and so that was a huge undertaking and was the biggest project I’ve ever been a part of.”

Excitement about Southern Symphony began a few months ago when he released his single “Love You Like I Used To.” The single was a smash-success jumping to number one on Billboard’s Country Airplay chart.

The song represents growth for Dickerson. Not just as a musician, but as a man. “I’ve grown, obviously as a father now, but as an artist,” he told Coop.

Russell and his wife Kailey welcomed their first child Remington Edward Dickerson into the world this past September. Dickerson gave us an insight into what his experience as a new dad has been like and how it’s been a surprise source of motivation for him. “I’m more tired than ever, I’m exhausted,” he said. “But I’ve never been more motivated, never had a fire this hot underneath my butt to keep going and to continue to keep on the up and up with this whole thing.”

Russell then began reflecting on his career with Coop, saying, “we’ve come so far.”

“[I] started from the absolute bottom. No record deal, I couldn’t even get arrested in this town basically,” he added with a laugh.

One song he’s excited to finally share with his fans is the title track of the album as he called it “one of the most special songs I’ve written.”

“It digs into my childhood, it digs into all these old memories and nostalgic stuff. It’s more than just a love song. It’s really the sounds that make me who I am. The sounds of my childhood all combined as a Southern Symphony. That’s where the album title came from.”