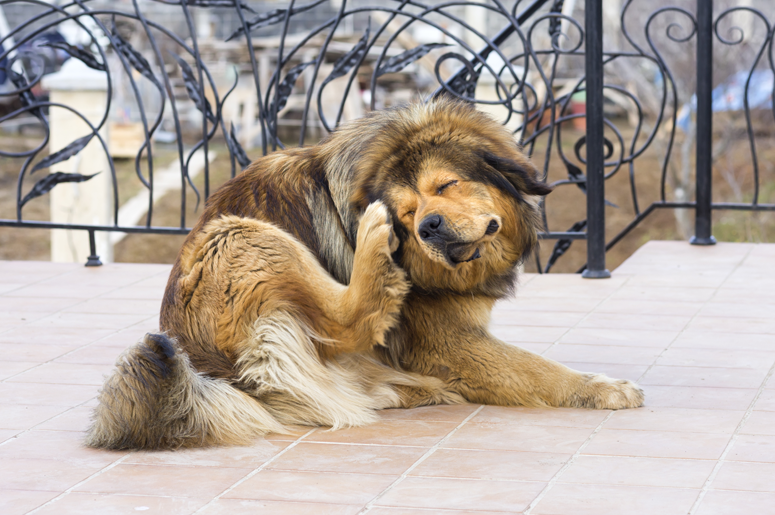 January 15, 2020 01/15/2020 8:23 am
Just like in humans, your dog can develop allergic reactions to its food. However the exact ingredients they're reacting to can be tricky to pinpoint. First is to know the difference between a food allergy and a food sensitivity. When your dog has an allergic reaction to an ingredient in its food, its immune system releases antibodies to fight off the unwanted substance, resulting in itching, hot spots, and other symptoms. A sensitivity, according to the American Kennel Club, doesn't involve the same immune response. About 20% of all dogs will develop a reaction to food that results in itchy skin and 40% will show signs of an allergy before they’re a year old. Unfortunately, there’s no way to predict an allergic response to ingredients in your pup's food or treats, but paying attention to your dog’s behavior is an important clue to uncover and treat any problems. Although all dogs scratch, allergy-related itching is unrelenting and nearly constant and it is the most common sign of a food allergy in a dog. Rubbing, licking, scratching, and/or chewing different areas of the body are all signs of an allergy. If you notice your dog has chewed on one spot so often and badly that it looks like a wound, that area is called a hot spot, which is “a sudden onset of moist and focal bacterial infection caused by self-trauma.” Hot spots can lead to a skin infection if left unchecked. Be sure to ask your vet how to treat these, and inquire about a potential allergy. Persistent ear infections can be due to food allergies. The ear canals can become inflamed from the allergic inflammation in the skin that will lead to overgrowth of the normal microorganisms that live in the ear canals. Common symptoms are your pet scratching at his or her ears, unusual head-shaking, odor, or excessive earwax or discharge from the ears. If you suspect your dog has an allergy, simply changing its brand of food or flavor isn't enough since many foods are made with similar proteins and grains. The gold standard test for diagnosing a food allergy is an elimination diet trial over a period of several weeks. Your vet will work with you to gradually eliminate and then reintroduce ingredients that may be causing irritation. Despite widely accepted myths, grains are not always the leading culprit of pet food allergies. Instead, animal proteins like beef or chicken along with dairy and egg can be to blame. German shepherds, Labrador retrievers, and West Highland white terriers tend to be the most commonly affected, but allergies can develop in any pup, purebred or otherwise.