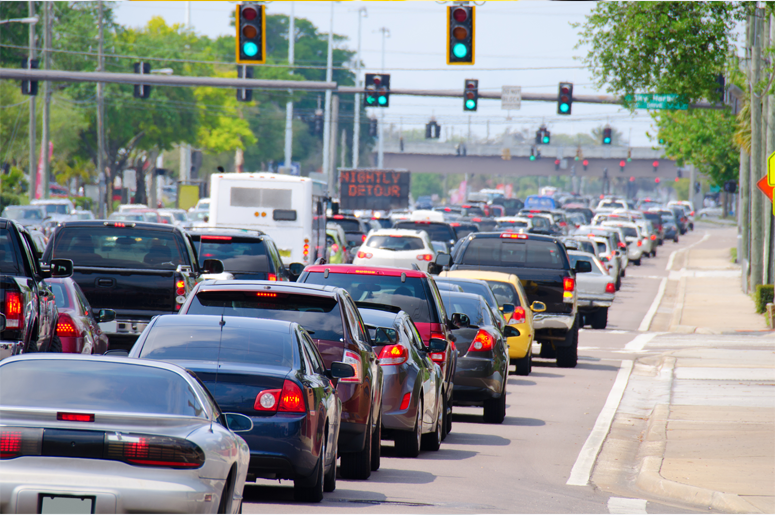 Nobody is a fan of traffic jams and while you sit in your car not moving, you may find yourself seeking out the other lane that appears to be moving faster. However, will constantly weaving in and out of moving lanes get you to your destination any faster? Or is this all an illusion caused by the idea that the grass is always greener on the other side? To test which method is faster, two drivers were drafted for an experiment.  A destination was selected that would keep the drivers on the congested highway for 12 miles.  One driver would stay in the same lane throughout the drive.  The second driver would change lanes to a faster-moving lane as soon as possible. Logic would dictate that switching to a fast-moving lane would be the better option, but as more cars switch lanes, the once-fast lane suddenly gets clogged, causing drivers to switch back into their original lane over and over. Could it be possible that just keeping steady and letting all the cars shuffle around you will actually get you to your destination not only faster, but also with less effort and a without turn-signal induced headache? However the lane-switching driver did get to the destination quicker, by 3%. That's about one minute savings over a 30 minute drive. And while you may say saving a minute is better than none, keep in mind what happens when you constantly change lanes in heavy traffic. Besides adding stress to yourself, consuming more gasoline and increasing the chance of your vehicle being hit when you cut off a car wheel merging into the lane, you are causing an already bad situation to become worse. When you witch lanes, the car you are merging in front of has to slow down (or no move if traffic is at a standstill) to allow proper spacing between the vehicles. So you end up causing multiple lanes of traffic to slow down. Experts say it's best to pick a lane based on where you are getting off the highway (sooner to the right, later to the left), watch the whole line of traffic in front of you instead of just the car in front of you, and settle in with some good tunes or an audiobook.