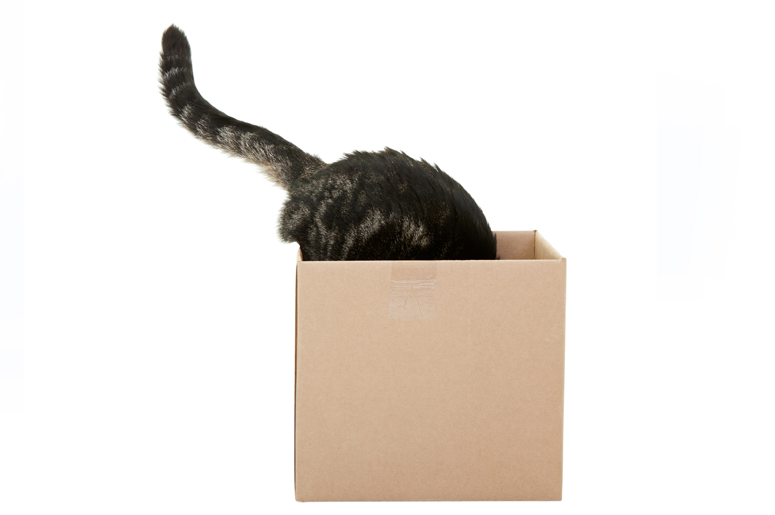 Cats communicate in a variety of ways. Their purrs can have different meanings, but cats also communicate with body language. For example, ear position is a good indicator of how a feline is feeling. Upward ears mean a cat is alert or happy, while backward or flat ears mean to steer clear because he's irritated or frightened. Their tails can also tell a lot about their mood. A tail straight up in the air tells us the cat is expressing confidence, excitement or contentment. Cats will often greet their owners with their tails straight in the air, which is a cat's way of saying it's happy to see you. A tail curved like a question mark or resembles a shepherd's crook indicates friendliness or playfulness. Your cat is telling you it's a good time for some head scratches or to play with a favorite toy. When felines keep their tails low to the ground, this often means they're unsure of a situation and could be aggressive. However, some breeds, such as Persians and Scottish Folds, tend to carry their tails low even when they're in playful moods. A swishing tail that moves slowly from side to side is common when a cat is focused on a particular object, such as an insect or a toy. You'll often see this move right before the cat pounces. A fast-moving tail that whips back and forth or slaps the ground means a cat is irritated or fearful and will likely exhibit aggression. When a feline's tail becomes spiky or fluffy, the animal is frightened and trying to appear larger to ward off something it perceives as a threat. When cats hold their tails straight in the air and shake them rapidly, this typically means they're excited or are anticipating something good. Many cat owners report that their pets do this before being fed or receiving treats.

See and hear more from the 98.5 KTK Mornng Show