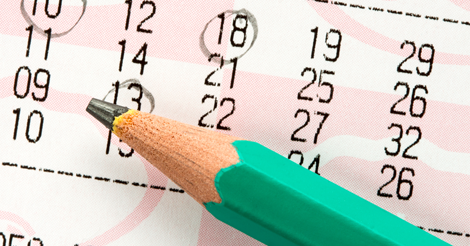 Nobody won last night's Mega Million multi-state lottery, meaning the top prize jackpot is now estimated at $970 million. The chances of winning the lottery are about one in 300 million. Although the odds may not be in any individual’s favor, that doesn’t mean you can’t do more to up your chances of winning. There are certain numbers that are randomly selected more often than others. For instance, the most common Mega Ball number is 22, which has come up 21 times in the past three years. Other commonly picked numbers, according to the Mega Millions website, are 11 (drawn 19 times), 9, 10, and 19 (drawn 16 times). 4, 14, and 20 have been drawn 15 times.

music
RADIO.COM's Postmodern Alternative with Scott Lowe
news
Shop these 5 women-owned businesses on Amazon for International Women's Day
music
Rita Wilson 'grateful' for her health one year after she and husband Tom Hanks were diagnosed with COVID
music
Vote on the 'Top 7 @ 7' songs with Rob + Holly
music
Miranda Lambert kicks off International Women's Day celebrating some of her own 'leading ladies'
music
Listen to the Superstar Power Hour with Hillary Scott