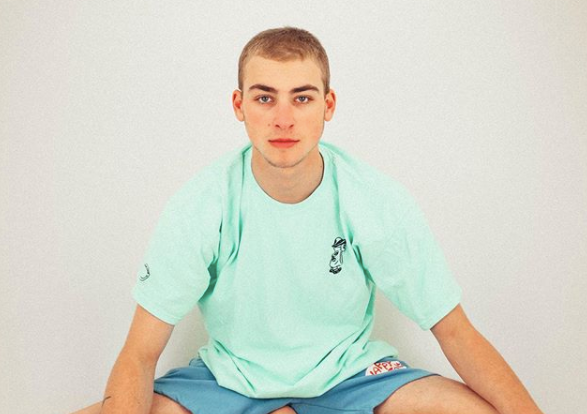 This year we’ve all faced challenges that have put our mental health to the test and even pushed us to our limits. However, through some of the tough times, so many have found creative outlets to channel their feelings into and inspire others around them.

On RADIO.COM's New York’s Country 94.7, Kelly Ford spotlighted a New Jersey teen who focused his mental health struggles into a clothing line that is meant to radiate happiness and normalize discussions around mental health. Sadly, Jack Nathan the founder of the Happy Jack clothing line passed away suddenly this summer, but his parents and sister, Bradi Harrison, David Nathan, and Drew Nathan are keeping Jack’s legacy alive by continuing the production of his clothing line.

On the Happy Jack website, his parents write, “Jack left us suddenly and accidentally on July 3, 2020, at the age of 19. His passing was unrelated to mental illness. Jack was a survivor. Not a victim. He struggled yes, but he persevered. So that’s what we ask of you. Persevere. For Jack, for us, and for the millions who wrestle with mental illness.”

Bradi explains that they felt there was no other option but to keep the clothing line going, particularly because the brand is aimed at helping others who are struggling with mental health. “It was his mission and now it is others,” shares Jack’s mother.

The goal of Happy Jack is to break the stigma around mental health that is still persistent around the United States. David tells us that the mission of Happy Jack is aimed at a younger generation and that he and Bradi “are really trying to focus and spread this mission, and help as many kids across the college campuses, in this country that we can.”

There are now brand ambassadors all over the country for the Happy Jack line, some of which include Jack’s friends. For the most recent drop of the Happy Jack collection, Jack had collaborated with his long time best friend and designer, Matthew Delseni, who now serves as the brand's creative director.

In September of this year, a billboard for the continued launch of Happy Jack appeared in New York City’s Times Square.

All of Jack’s designs were started right out of his dorm room in college. Through college, painting eased Nathan’s anxiety and is “where he found peace,” shares Brady.

The paintings morphed into designs for Happy Jack. The “whimsical” images that Jack began placing on shirts caught on quickly around his college campus and amongst friends.

Jack’s “Mixed Emotions” shirt design “represents Jack in every sense and represents that it's ok not to be ok,” shares Bradi. “The beauty of what Jack was about was that he wasn’t afraid to be out front and talk about it,” adds his father.

You can shop the Happy Jack collection at happyjacksworld.com.