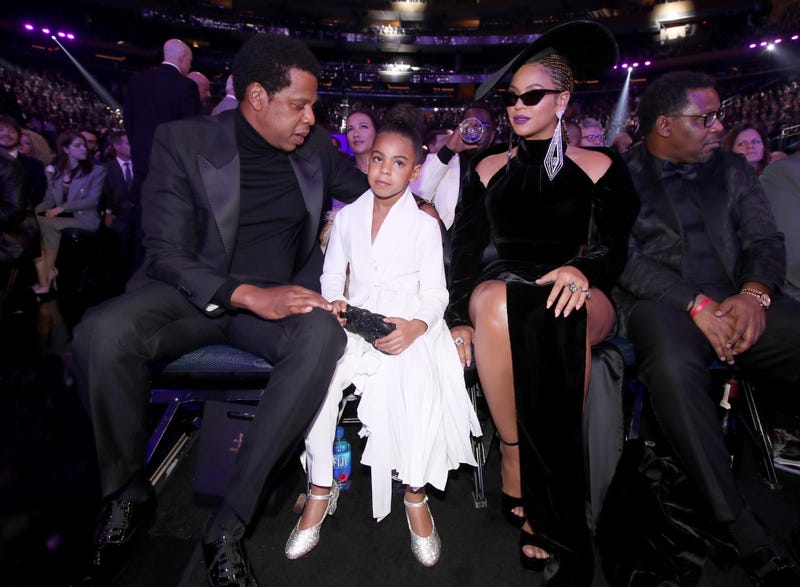 This might be the first GRAMMY nomination for Beyonce and JAY-Z’s daughter, Blue Ivy, but we can say with certainty that this will likely be her first of many.

The 8-year-old has received a GRAMMY nomination for her appearance in Beyonce’s “Brown Skin Girl” music video. Following in her parent’s footsteps, Blue will be awaiting the results of her nomination at the 63rd annual GRAMMY Awards in January 2021. However, Blue is already accustomed to snatching trophies, as she won her first BET award in June this year for “Brown Skin Girl.”

Beyonce and JAY-Z are two of the most nominated artists in award show history. JAY-Z has 80 nominations under his belt and Beyonce boasts 79 total nominations.

Blue joins a prestigious and small group of the youngest artists to ever be nominated for a GRAMMY. So far the youngest person in history to be nominated by the recording academy was Leah Peasall of The Peasall Sisters. The 8-year-old sang on the O Brother, Where Art Thou soundtrack which won Album of the Year in 2001.

In her category for Best Music Video Blue Ivy, Beyonce, SAINt JHN, and WizKid will be up against Future featuring Drake in “Life Is Good,” Anderson .Paak in “Lockdown,” Harry Styles in “Adore You,” and Woodkid in “Goliath.”