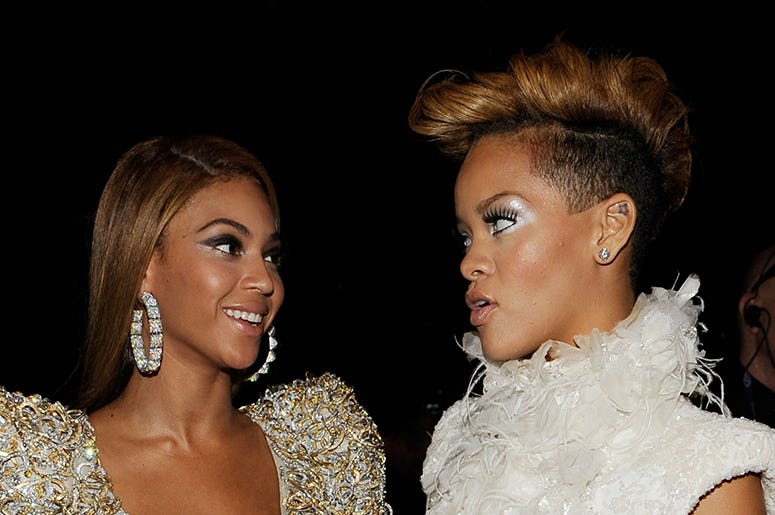 Beyoncé, Rihanna, and Oprah Winfrey are all included on Forbes' annual list of The World's 100 Most Powerful Women, where they're sharing space with the likes of Queen Elizabeth II and of course, Vice-President-elect Kamala Harris.

Rihanna, Beyoncé, and Taylor Swift were the only musicians who made the list.

Rihanna ranks highest, at #68, mostly for her charitable efforts: She donated $8 million to various charities, including coronavirus relief efforts, and to help abuse victims in L.A. and the needy in New York City. Of course, she's also a business powerhouse, thanks to her Fenty Beauty line and Savage X Fenty lingerie line.

﻿Beyoncé ranks at #72, for her multimedia success as a groundbreaking performer, recording artist, actress, and fashion mogul, via her Ivy Park line. Forbes also notes that her husband, JAY-Z, is a billionaire.

Oprah comes in at #20 for building her brand into a multi-million dollar media empire and launching her cable channel, OWN Network, 25.5% of which is worth more than $65 million. The self-made billionaire, talk show host and entrepreneur also acts as a brand ambassador for Weight Watchers after buying a 10% stake of the company in 2015.

Vice-President-elect Kamala Harris landed at #3 on Forbes' list, behind Christine Lagarde, head of the European Central Bank and the number-one most powerful woman in the world: German chancellor Angela Merkel. 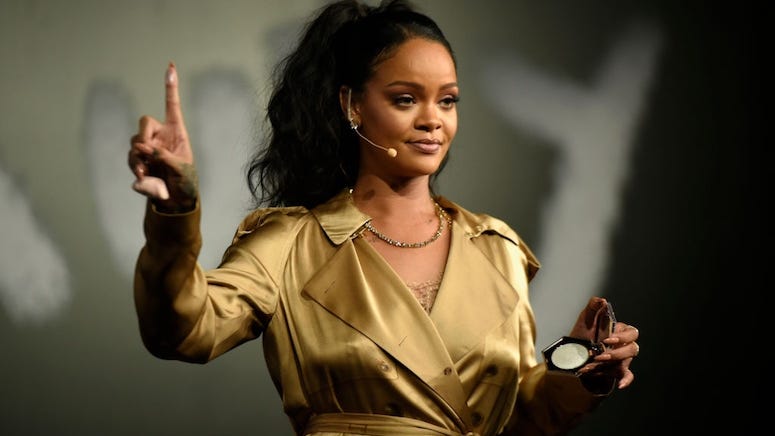