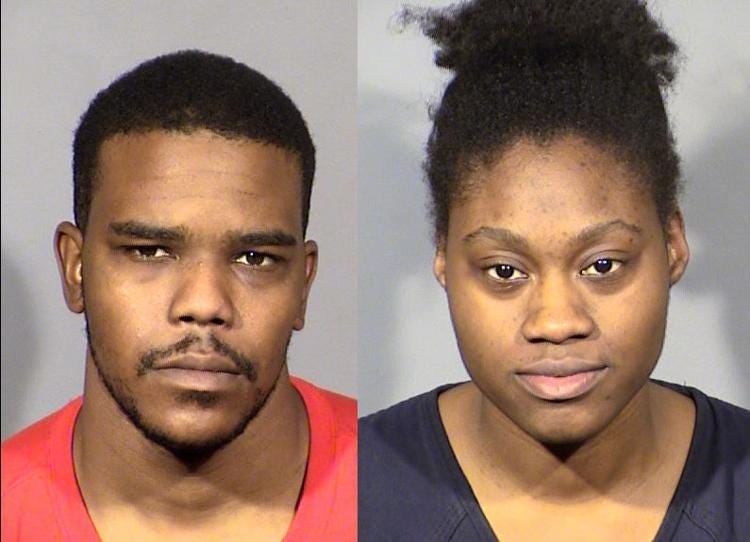 LAS VEGAS, NV (KXNT) - Two people have been arrested and charged with murdering a Las Vegas man whose body was found in a burned out car near Barstow.

Back on New Year's Eve the San Bernardino County Sheriff’s Department responded to Barstow to assist the California Highway Patrol with a deceased body located in a burned vehicle. A deputy coroner responded to the scene and determined the victim had sustained a gunshot wound.

LVMPD Homicide Detectives learned Anderson worked at a daily/weekly apartment at Boulder Highway and Russell and was involved in illegal narcotics activity.

Officers responded to the complex and located evidence indicating the murder occurred inside an apartment. Based on the evidence, the LVMPD Homicide Section assumed the investigation. Detectives identified Jecory Kemp and Tyeshia Jones as the suspects in this crime.