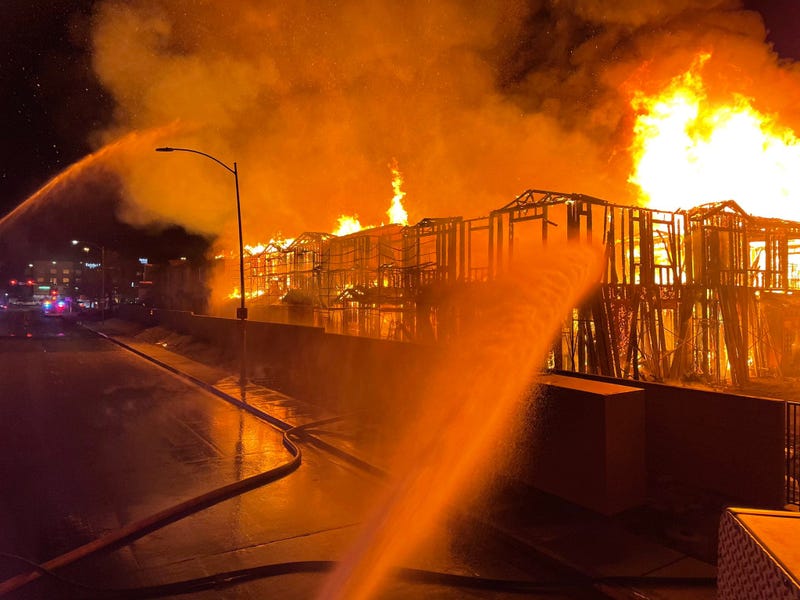 Early this morning, over 65 @LasVegasFD members battled a fire in a two-story condo construction project in the northwest.

Firefighters remained in the complex throughout the night to make sure there were no flare ups. Fire investigators will return this morning. pic.twitter.com/67rmCSrXfZ

Several people called 9-1-1 just after midnight on Thursday saying that a building under construction in the Winslow Condo Community at 5730 Sky Pointe Road was on fire.

When firefighters arrived, one two-story building, which was in the framing stage, was heavily involved with fire and advancing toward other buildings not involved. A second alarm was then dispatched to send more personnel to the scene.

The cause of the fire is under investigation.

A damage amount cannot be determined until a thorough assessment of the property is conducted which will be done during the investigation in the morning.

Firefighters will remain in the complex all night to make sure there are no flare up of embers to other buildings that were not involved by the fire.

There were no reported injuries.