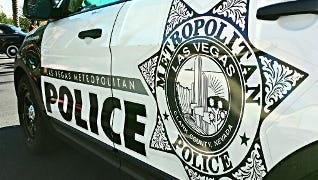 Las Vegas, NV (KXNT) - The Southern Nevada law enforcement community will be out in force to keep things safe on Election Day

The LVMPD will have detectives co-located with the Nevada Secretary of State’s Office. A Deployment Operations Center (DOC) will be stood up at LVMPD Headquarters as is done for major events such as the Electric Daisy Carnival, NASCAR and New Year’s Eve.

The DOC will be staffed with investigators from the State Attorney General’s Office and the Nevada Secretary of State’s Office to vet real-time information and deploy as necessary to calls for service.

Nevada Highway Patrol will have representatives at the DOC to coordinate any response or support if needed. Patrol officers will be available throughout the valley to deploy to the 125 designated voting locations if calls for service are generated by County Volunteers or citizens. Sergeants will respond with patrol officers to incidents that occur at voting locations.

There will be an additional 600 non-patrol officers/detectives on stand-by throughout the day to support the Patrol Division, as well.