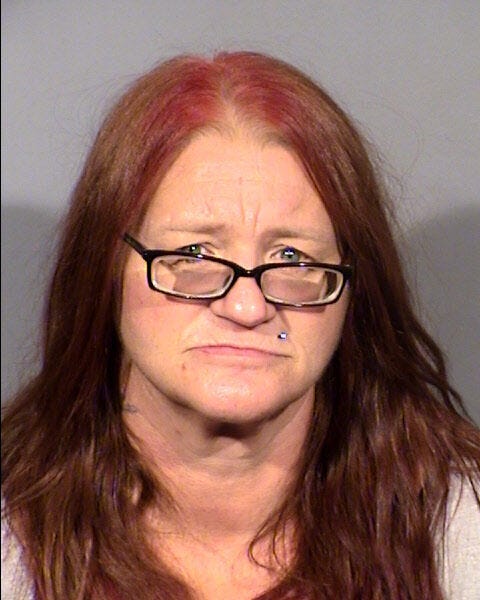 Las Vegas, NV (KXNT) - A woman is under arrest after investigators say she was responsible for starting a fire that raced through a home near Ann and Tenaya early Tuesday.

Las Vegas fire dispatchers received multiple 9-1-1 calls that a house at 5944 Silver Heights St was on fire. First reports were a vehicle was on fire in the driveway and the fire was extending to the house.

You Tube video of incident on Silver Heights St . . .https://t.co/zwB1VOBllY#PIO1NEWS

When firefighters arrived, a pickup truck was on fire in the driveway and the flames had extended to a one story wood frame/stucco house and it appeared the fire had already extended into the attic.

It took firefighters just over 45 minutes to bring the fire under control. The fire caused extensive damage to the house.

Two adults and three dogs live there, they are displaced and the American Red Cross is assisting. No one was hurt.

Just after 5:00 a.m., Las Vegas Fire & Rescue Arson Investigators made an arrest in connection with the fire. Investigators say that 54 year old Paula Gordon set fire to her ex-boyfriend’s truck.

Gordon was taken to the Clark County Detention Center, charged with both first and third-degree arson.