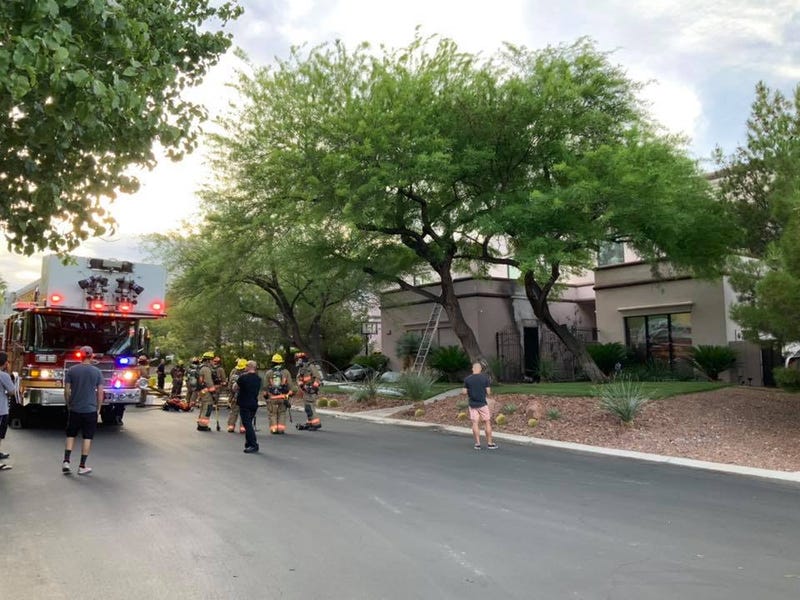 LAS VEGAS, NV (KXNT) - Fire caused an estimated $100,000 in damage to a home near Alta and Hualapai on Monday night

Las Vegas and Clark County firefighters were called out to the home on Edgebrook Drive around 6:30 after getting calls that the garage of the house was fully involved with fire.

When firefighters arrived on scene, heavy flames and smoke was showing from the garage of a large two story house. Firefighters had the main bulk of the fire under control in less than five minutes.

The fire gutted the garage and destroyed two cars parked in the garage. The interior of the house did not have fire damage, but there was an odor of smoke throughout the house.

Four people occupy the house. One of the occupants said they went to garage to investigate an odor of smoke. When they opened a door to the garage, they saw the front of one of the cars in the garage on fire. They tried to put the fire out, but it kept getting larger, so they all evacuated the house.

No one was injured during the incident. The house did have smoke alarms and they activated.