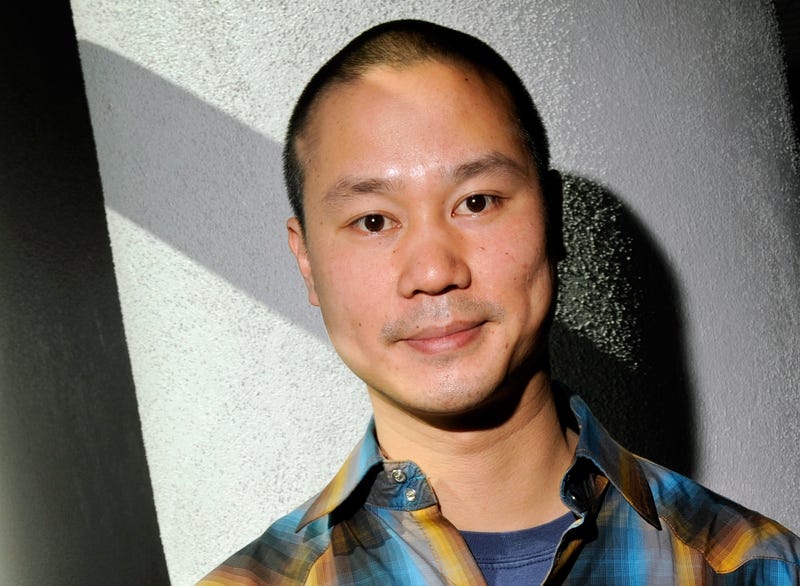 LAS VEGAS (AP) — The estate of Tony Hsieh, the deceased former CEO of Las Vegas-based online shoe retailer Zappos.com who spent years working to transform the city’s downtown area, has announced a plan to sell dozens of his Nevada properties.

The land is mostly located around downtown’s Fremont Street area and includes Zappos’ headquarters, according to records compiled by the Las Vegas Review-Journal. Also included are the open-air retail and food complexes Downtown Container Park and Fergusons Downtown, the records show.

The notices didn’t provide any appraised values or minimum bids. The Hsieh family said it would sell each property “to the highest and best bidder” and that a sale is subject to confirmation by the court.
Hsieh, who died at age 46 from complications of smoke inhalation from a house fire in New London, Connecticut, had been the face of downtown revival in Las Vegas.

Hsieh had turned online shoe seller Zappos into a retail powerhouse and sold it to Amazon in a $1 billion deal in 2009.