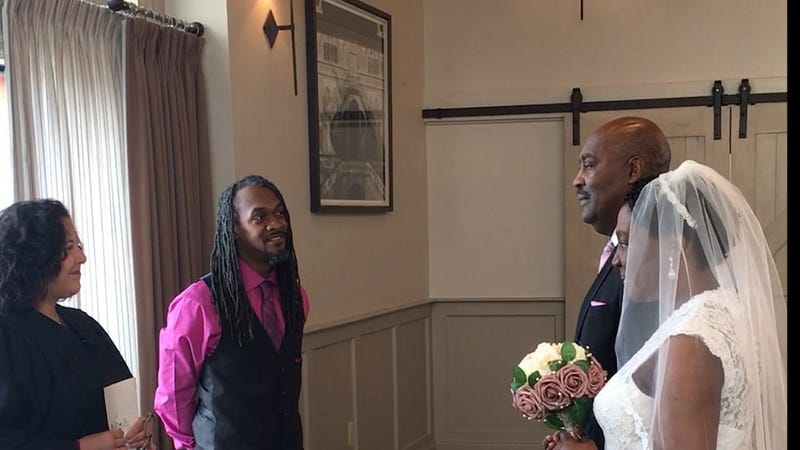 “My best friend — I’ve known him since kindergarten and she’s known since preschool — has been telling us since the fifth grade that we were going to get married,” Stroud remembered.

The South Jersey couple may have known then, but it took more than 20 years before they would tie the knot this Valentine’s Day.

They dated in high school and went to prom together, but they eventually broke up. Stroud married someone else, had a daughter, and went off to serve in the Iraq War, which left him with PTSD.

He later divorced and lived in Texas for the better part of 20 years. But he and Anderson kept in touch by phone. As a close friend, Anderson attended the high school graduation for Ben’s daughter in 2018.

Six months in, they fell in love. Anderson said she’s entering her first marriage with no apprehensions whatsoever.

“I’m a cancer survivor, so pretty much after dealing with that, nothing pretty much scares me anymore,” she said.

“It’s so wonderful to be in this situation and have a new lease on life,” Stroud added. “It’s just beautiful to be able to know that I’m going to spend the rest of my life with the love of my life.”

Camden County Surrogate Michelle Gentek-Mayer officiated the brief ceremony at the Camden County Boathouse Friday, where three other couples also tied the knot on this quintessential day of love. ​