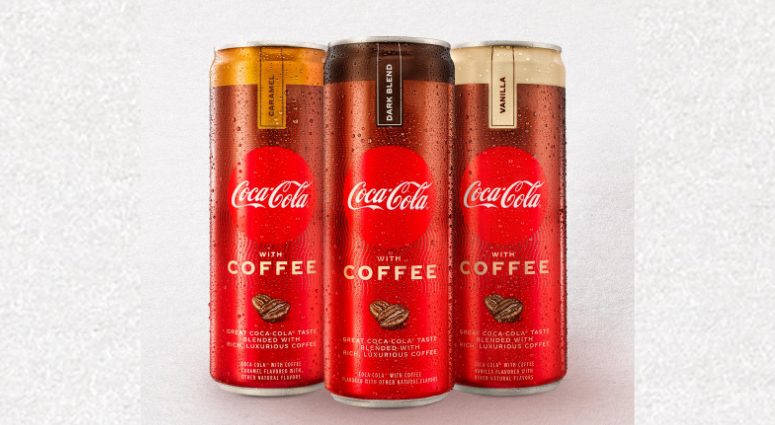 The launch comes at a time when consumer tastes are changing. Sugar-conscious customers are turning to water, seltzer and beverages that offer a nutritional or energy boost. Coke said in a press release that consumers are "more open to trying new category-crossing drinks." Sparkling juices or juice-tea blends are other examples of the trend.

Coke isn't the only company combining coffee and soda. Competitor PepsiCo also launched a new coffee-infused cola last year. Pepsi Café, which also comes in a vanilla flavor, hit shelves throughout the United States in April for a limited time. It's nearly twice as caffeinated as a regular soda.

Coke has ventured into soda with coffee before.

In 2006, Coca-Cola launched Coca-Cola Blak, a coffee-flavored version of its signature product. People didn't like it, and the beverage flopped. Coke stopped selling the product in 2008, just two years after it launched.

"That was a trend before its time," Quan said. "I don't think people were ready to have a coffee portfolio within the Coca-Cola brand."

Over the past few years, Coke has been releasing a similar product called "Coca-Cola Plus Coffee" or "Coca-Cola With Coffee" in international markets. The new product contains more real coffee than Blak did. There's also an additional caffeine jolt: The product is more caffeinated than regular Coke.

news
Parents name their daughter after internet provider to get free WiFi for 18 years
music
Tegan and Sara’s memoir is getting turned into a TV show
music
Reese Witherspoon reunites with 'Legally Blonde' cast ahead for the first time in 20 years
sports
Multiple teams reportedly interested in Antonio Brown, including Seahawks
music
Join the Country Music Hall of Fame's 'BIG NIGHT (At the Museum)' fundraiser
sports
Marcus Stroman seems to think the Yankees need him: 'Their pitching always folds in the end'