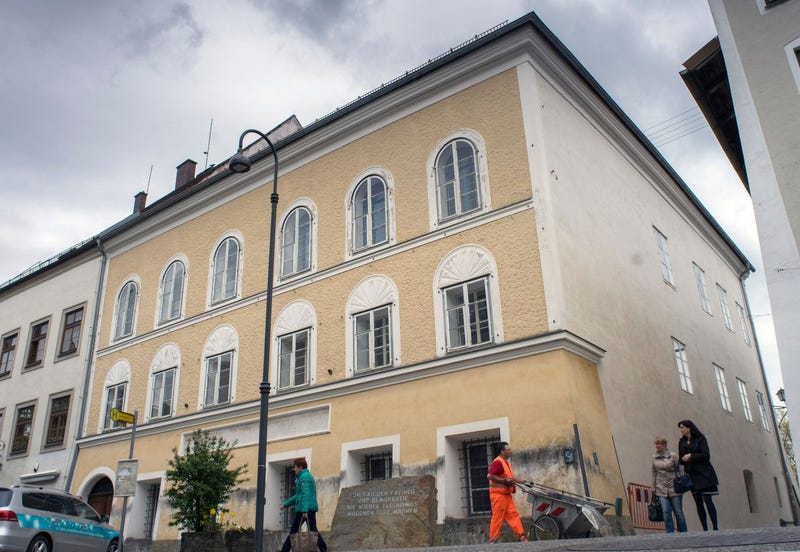 November 20, 2019 11/20/2019 4:04 pm
By Matthew Robinson and Stephanie Halasz
(CNN) — The house in which Adolf Hitler was born is set to be turned into a police station in a bid to stop it becoming a pilgrimage site for neo-Nazis, the Austrian government says.

The building, located in the north-western Austrian town of Braunau am Inn, was forcibly acquired by the Austrian government in 2017.

The property's future has been the source of debate in Austria. In 2016, there were plans for it to be demolished.

The Interior Ministry noted that they received "special legal authorization" to expropriate the property, and paid compensation amounting to €812,000 ($898,389) to its former owner.

"The handling of Adolf Hitler's birthplace in Braunau am Inn has been a challenge for the Second Republic for more than 70 years, especially in connection with the history of the Third Reich in Austria," the Interior Ministry said in a statement sent to CNN.

It added that the legislator ordered the Austrian government to ensure that post-expropriation, the use of the property should prevent any further "national socialist activity."

Wolfgang Peschorn, Austria's Interior Minister, praised the acquisition of the property and said it would halt it becoming a neo-Nazi symbol.

"The future use of the house by the police will be an unmistakable signal that this building will never serve to commemorate National Socialism," he said in a statement.

While the legal case relating to the expropriation of the property has now concluded, local police are not set to move into the building for some time yet.

The Austrian government is set to hold an EU-wide architectural competition to redesign the building, the Interior Ministry said.

A winner of the competition is expected to be announced in the first half of 2020.

"The competition proposals are to be evaluated by an independent jury of experts, which will include not only architects, but also a representative of the city of Braunau, the BIG (Bundesimmobilien GmbH), the Federal Government and the National Fund," the Interior Ministry said.

Hitler was born in Braunau am Inn, close to the German border, in 1889, and lived in one of the property's flats for the first few weeks of his life.