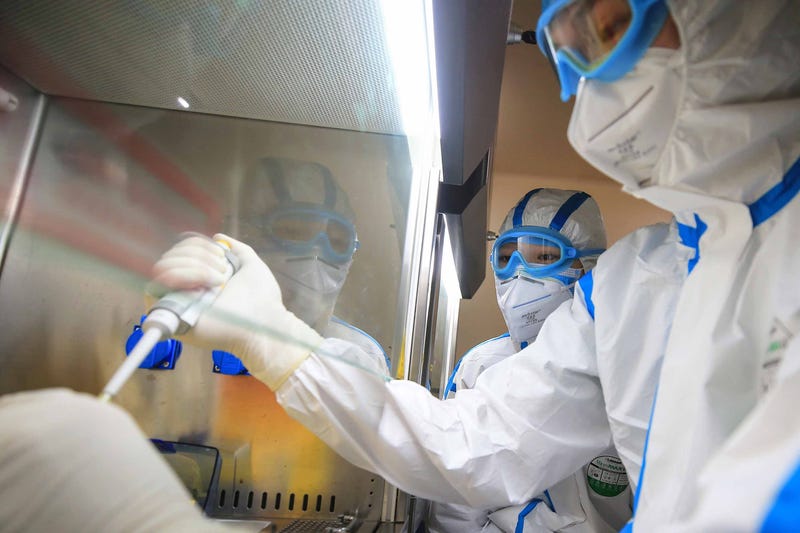 By James Griffiths, CNN
(CNN) -- Hopes for a slowdown in the spread of the novel coronavirus were dashed Friday as the number of new cases rose in China, and outbreaks worsened in Japan and South Korea.

Authorities in China's Hubei province confirmed an additional 411 cases of the virus Thursday morning, 62 more than the previous day, taking the total number of cases at the epicenter of the outbreak to 62,442.

Later Thursday, provincial authorities upgraded that figure to 631, after changing the criteria to include figures from a prison in the region.

There are an additional 14,000 or so cases outside Hubei, with the majority in other parts of mainland China.

The death toll from the outbreak now stands at 2,247, after more deaths in mainland China Thursday, including 115 in Hubei, seven more than the previous day.

More than 42,000 patients remain hospitalized across Hubei, including 2,018 in a critical condition. So far, 11,788 patients have been treated and discharged since the outbreak began.

Meanwhile, fears are growing of self-sustaining epidemics elsewhere in Asia.

Outside China, the largest coronavirus outbreaks have been in South Korea and Japan, where hundreds of people were infected on the Diamond Princess cruise ship, which began disembarking passengers this week from Yokohama Bay.

The number of cases in South Korea has soared, from 28 a week ago to at least 204 as of Friday afternoon. The outbreak there is centered around the southern city of Daegu.

Among the new cases, most are linked to the Shincheonji group. South Korean authorities Thursday were seeking to question more than 1,000 members of the religious group who attended a service with one of the recently confirmed cases.

Daegu's mayor asked the congregation and their family members to self-quarantine at home.

Three other new cases connected to Daegu involved members of the military.

Medical teams have been dispatched to the city, where they will test people without overseas travel history or relation to other confirmed cases. Until now, tests have only been conducted on cases with recent travel history to China, Hong Kong, and Macao, or on people showing suspicious symptoms of the virus after being in contact with confirmed cases.

In Japan, where attention has been focused for weeks on the Diamond Princess cruise liner docked at Yokohama, fears are growing of a separate outbreak centered around Nagano, northwest of Tokyo.

At least 78 cases have been confirmed in Japan unrelated to the ship, and one death. Cases have also been reported as far south as Okinawa and on Kyushu, according Japanese public broadcaster NHK.

On Thursday, the US Centers for Disease Control (CDC) issued a new travel advisory for Japan, but only at the mildest level, which recommends people "practice usual precautions" and avoid contact with sick people.

"At this time, CDC does not recommend canceling or postponing travel to Japan," the agency said. By comparison, it currently lists mainland China as a level 3 warning and advises travelers to "avoid nonessential travel." The notice excludes Hong Kong, Macao and Taiwan.

Hundreds of travelers on board the Diamond Princess were due to disembark Friday. Many have already left the ship and begun flying home.

As they have done so however, more evidence has emerged about the alleged failure of the quarantine on board. Around a dozen passengers who were deemed not to have the virus were later found to be showing symptoms when they flew to the US, leading them to require isolation from other passengers on the evacuation flight.

An additional two passengers evacuated from the ship tested positive on arrival in Australia Friday.

Brendan Murphy, chief medical officer for the Australian government, said in a statement that 164 people from the Diamond Princess arrived to the Howard Springs Quarantine Facility in Darwin on Thursday to begin their 14-day quarantine.

Upon arrival, six passengers had minor respiratory symptoms and/or fevers. Of those, two people have since tested positive for the novel coronavirus.

Murphy said both patients "remain well" and were being housed in an isolation unit at the quarantine facility. Murphy added that "the development of positive cases after return to Australia is not unexpected" as there was evidence of spread of infection on board the Diamond Princess.

Murphy reassured other passengers and the crew on the Qantas evacuation flight saying that "all measures were taken to ensure their protection" and that "the small number of passengers on the plane meant passengers could be spread out. Higher risk passengers were seated in separate sections."

Hundreds the 3,000 or so people on board the Diamond Princess tested positive for the virus during the two-week quarantine. On Thursday, Japanese health officials announced that two passengers with the virus had died in hospital. Both were Japanese citizens in their eighties.

The outbreak is expected to put the cruise industry under pressure as passengers defer or cancel trips. Airlines are also expected to take a major hit, after dozens of carriers cut flights to China and elsewhere in the affected region.

The International Air Transport Association (IATA) estimated the total global lost revenue for airlines due to coronavirus could be $29.3 billion.

IATA expected a potential 13% drop in passengers for the year across the Asia-Pacific region, and the financial impact will be "severe for those particularly exposed to the China market," it said in a statement Thursday.