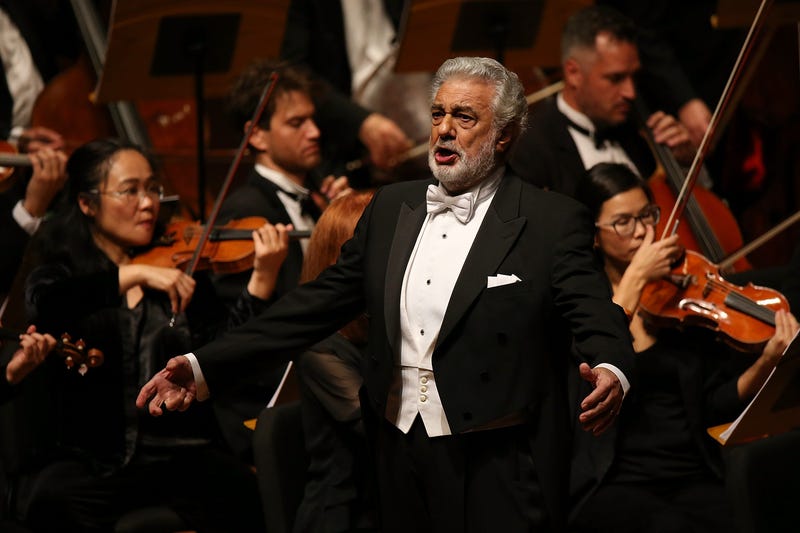 By Marianne Garvey
(CNN) — Opera star Plácido Domingo is facing more accusations of sexual misconduct, which he disputes and calls "riddled with inconsistencies."

The Associated Press reports that 11 additional people have come forward with allegations against Domingo that include verbal harassment and groping, following an initial report by the outlet in August.

One of the women, Angela Turner Wilson, now a retired music teacher in Texas, said when she was 28 and an aspiring professional opera singer, Domingo allegedly groped her breast backstage during the Washington Opera's 1999-2000 season.

"The ongoing campaign by the AP to denigrate Plácido Domingo is not only inaccurate but unethical. These new claims are riddled with inconsistencies and, as with the first story, in many ways, simply incorrect," Nancy Seltzer, a spokesperson for Domingo, told CNN in a statement. "Due to an ongoing investigation, we will not comment on specifics, but we strongly dispute the misleading picture that the AP is attempting to paint of Mr. Domingo."

CNN has contacted Wilson and the Washington Opera for comment but has not independently corroborated her allegations.

Wilson said she did not report the incident at the time, citing fear of professional retribution, according to the AP.

In August, Domingo described the initial accounts as "inaccurate," but did not specify what aspects he disputed.

"The allegations from these unnamed individuals dating back as many as thirty years are deeply troubling, and as presented, inaccurate," Domingo told CNN in a statement at the time. "Still, it is painful to hear that I may have upset anyone or made them feel uncomfortable — no matter how long ago and despite my best intentions. I believed that all of my interactions and relationships were always welcomed and consensual."

It is unclear whether any of the women reported their allegations to their employers or authorities. The LA Opera is investigating the accounts.

"LA Opera has robust human resources policies and procedures in place. In accordance with those policies, LA Opera will engage outside counsel to investigate the concerning allegations about Plácido Domingo," a spokesperson for the LA Opera said in a statement to CNN last month.

"Plácido Domingo has been a dynamic creative force in the life of LA Opera and the artistic culture of Los Angeles for more than three decades," the statement continued. "Nevertheless, we are committed to doing everything we can to foster a professional and collaborative environment where all our employees and artists feel equally comfortable, valued and respected."

The LA Opera did not announce whether Domingo was placed on leave pending the outcome of the investigation. He remains advertised as performing in "Roberto Devereux" in Los Angeles in February.

Domingo, 78, is regarded as one of the greatest opera singers of all time. He's won 14 Grammy and Latin Grammy Awards and performed with fellow tenors Luciano Pavarotti and José Carreras as part of the Three Tenors.